King James Bible Study – “And when he had called the people unto him with his disciples also, he said unto them, Whosoever will come after me, let him deny himself, and take up his cross, and follow me.” – Mark 8:34 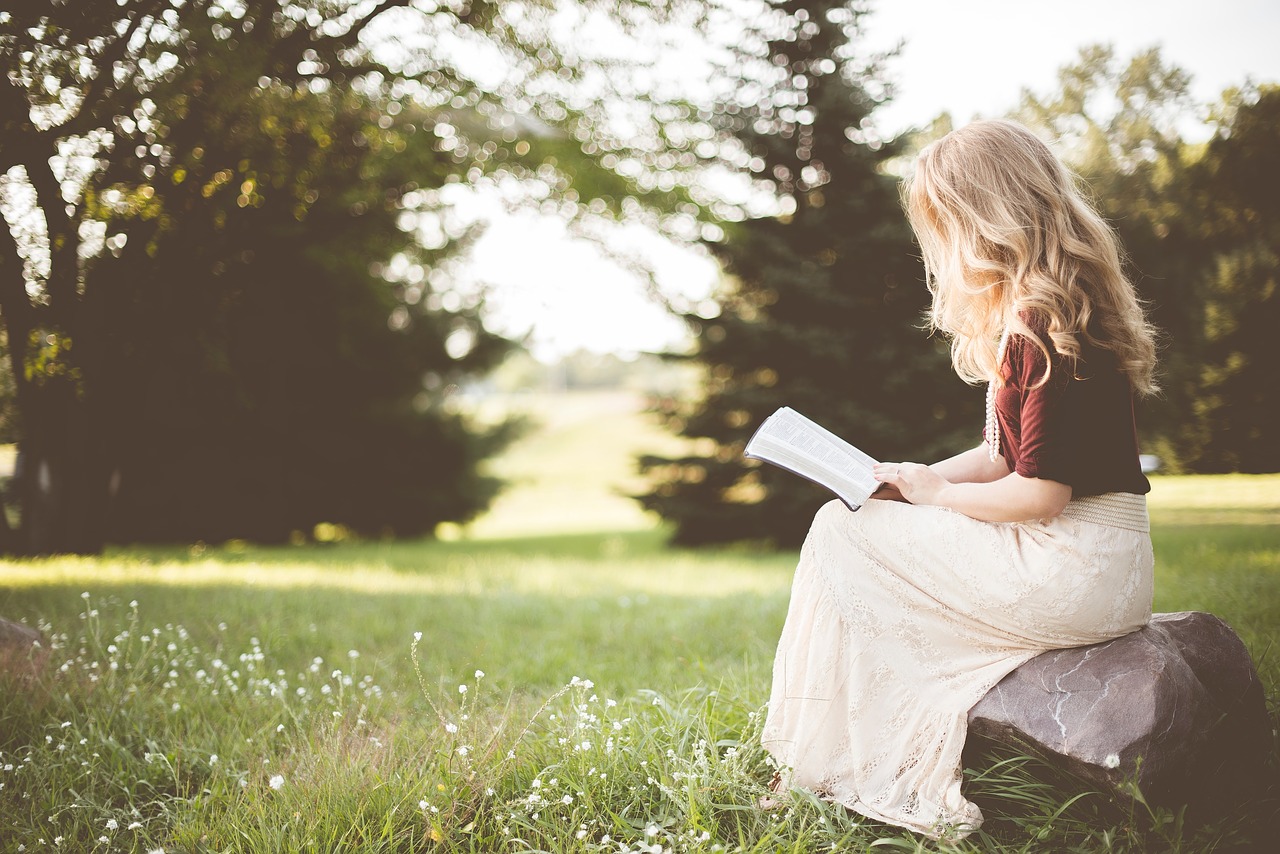 There is a reason why the Word of God is rejected by the world, omitted by the religious, and has been chopped up by the ones who call themselves Christians, but want to live a life of sin, there is great power in it. I will never forget what is says in the Book of Revelation, when all the earth will be destroyed, it will not be done with a gun, or a bomb, it will be done by speaking the Word of God. “And I saw heaven opened, and behold a white horse; and he that sat upon him was called Faithful and True, and in righteousness he doth judge and make war. His eyes were as a flame of fire, and on his head were many crowns; and he had a name written, that no man knew, but he himself. And he was clothed with a vesture dipped in blood: and his name is called The Word of God. And the armies which were in heaven followed him upon white horses, clothed in fine linen, white and clean. And out of his mouth goeth a sharp sword, that with it he should smite the nations: and he shall rule them with a rod of iron: and he treadeth the winepress of the fierceness and wrath of Almighty God.” – Revelation 19:11-15.

“And when Silas and Timotheus were come from Macedonia, Paul was pressed in the spirit, and testified to the Jews that Jesus was Christ. And when they opposed themselves, and blasphemed, he shook his raiment, and said unto them, Your blood be upon your own heads; I am clean: from henceforth I will go unto the Gentiles. And he departed thence, and entered into a certain man’s house, named Justus, one that worshipped God, whose house joined hard to the synagogue. And Crispus, the chief ruler of the synagogue, believed on the Lord with all his house; and many of the Corinthians hearing believed, and were baptized. Then spake the Lord to Paul in the night by a vision, Be not afraid, but speak, and hold not thy peace: For I am with thee, and no man shall set on thee to hurt thee: for I have much people in this city. And a certain Jew named Apollos, born at Alexandria, an eloquent man, and mighty in the scriptures, came to Ephesus. This man was instructed in the way of the Lord; and being fervent in the spirit, he spake and taught diligently the things of the Lord, knowing only the baptism of John. And he began to speak boldly in the synagogue: whom when Aquila and Priscilla had heard, they took him unto them, and expounded unto him the way of God more perfectly. For he mightily convinced the Jews, and that publickly, shewing by the scriptures that Jesus was Christ.” – Acts 18:5-10,24-26,28.

“Be not afraid, but speak,” When the Holy Spirit presses us to speak to someone about the Gospel He is serious, these are lost souls who need Jesus just as much as we do. If we speak to them about Jesus and the reject Him then their blood is upon themselves, meaning we will not be held accountable for their rejecting Jesus. “and expounded unto him the way of God more perfectly.” We do not need the Word of God to know and believe the Gospel, what it does do is help us know the way more perfectly. We find this again when many believers in Ephesus, were being taught repentance as John the Baptist taught, but were not saved yet.

“And it came to pass, that, while Apollos was at Corinth, Paul having passed through the upper coasts came to Ephesus: and finding certain disciples, He said unto them, Have ye received the Holy Ghost since ye believed? And they said unto him, We have not so much as heard whether there be any Holy Ghost. And he said unto them, Unto what then were ye baptized? And they said, Unto John’s baptism. Then said Paul, John verily baptized with the baptism of repentance, saying unto the people, that they should believe on him which should come after him, that is, on Christ Jesus. When they heard this, they were baptized in the name of the Lord Jesus. And when Paul had laid his hands upon them, the Holy Ghost came on them; and they spake with tongues, and prophesied.” – Acts 19:1-6.

“And when Paul had laid his hands upon them,” Paul did not actually just touch them and the Holy Spirit came upon them, their faith in Christ did that. And keep in mind also that speaking in tongues is where a person speaks their own language, and someone of another language can understand what they are saying. If these religions who teach all these ridiculous things actually read the Word of God they would see how foolish they are, but most religions only operate on hearsay from someone who tells them what they interpret it to be. Now, for the confirmation of the doctrine, Paul, preached in a synagogue where Jesus preached, it was there that God allowed Paul to perform some miracles, special miracles that only Jesus would be able to fulfill.

“And God wrought special miracles by the hands of Paul: So that from his body were brought unto the sick handkerchiefs or aprons, and the diseases departed from them, and the evil spirits went out of them.Then certain of the vagabond Jews, exorcists, took upon them to call over them which had evil spirits the name of the Lord Jesus, saying, We adjure you by Jesus whom Paul preacheth. And there were seven sons of one Sceva, a Jew, and chief of the priests, which did so. And the evil spirit answered and said, Jesus I know, and Paul I know; but who are ye? And the man in whom the evil spirit was leaped on them, and overcame them, and prevailed against them, so that they fled out of that house naked and wounded. And this was known to all the Jews and Greeks also dwelling at Ephesus; and fear fell on them all, and the name of the Lord Jesus was magnified. And many that believed came, and confessed, and shewed their deeds. Many of them also which used curious arts brought their books together, and burned them before all men: and they counted the price of them, and found it fifty thousand pieces of silver. So mightily grew the word of God and prevailed.” – Acts 19:11-20.

“So mightily grew the word of God and prevailed.” The Word of God will always prevail over a godless society and even one that makes up their own version of Him and even their own god. Why do you think there are so many books about how Christians or said religion perceives God to be with their own instructions? If they knew the truth they would lose a lot of money. A Jew of Ephesus, Alexander became a prominent part of a riot that began in a theater as Paul preached and people started receiving Christ. The Jews used Alexander to plead their cause before a mob of people defending their worshiping of a goddess, all started by a man name Demetrius who made a living off of making idols of her.

“And they drew Alexander out of the multitude, the Jews putting him forward. And Alexander beckoned with the hand, and would have made his defence unto the people. But when they knew that he was a Jew, all with one voice about the space of two hours cried out, Great is Diana of the Ephesians. And when the townclerk had appeased the people, he said, Ye men of Ephesus, what man is there that knoweth not how that the city of the Ephesians is a worshipper of the great goddess Diana, and of the image which fell down from Jupiter? Seeing then that these things cannot be spoken against, ye ought to be quiet, and to do nothing rashly. For ye have brought hither these men, which are neither robbers of churches, nor yet blasphemers of your goddess. Wherefore if Demetrius, and the craftsmen which are with him, have a matter against any man, the law is open, and there are deputies: let them implead one another.” – Acts 19:33-38.

“ye ought to be quiet, and to do nothing rashly.” The officer, to avoid any more problems, urges Paul to be quiet and speak no more to offend them. This is the very reason churches succumb to watering down their services to keep the mob from causing an uproar. The crazy thing, the unbelieving Jews were angry, because the Gospel was preached to the Gentiles. How strange it is, that people would grudge others the privileges they will not accept themselves? We should never be afraid to approach someone with the Gospel, regardless of their race or religion, God is God of all believers, and saves all who believe in His Son. “For as the body is one, and hath many members, and all the members of that one body, being many, are one body: so also is Christ. For by one Spirit are we all baptized into one body, whether we be Jews or Gentiles, whether we be bond or free; and have been all made to drink into one Spirit. For the body is not one member, but many.” – I Corinthians 12:12-14.

Today’s Prayer: God, When I gave my heart to You, I made the willful choice to no longer conform to the trends and philosophies of this world, but transform into the likeness of Your Son as I apply Your truths in this sin sick world. We are put to the test daily in deciding what is truth and what is error. Lord, Sharpen our minds and grant us the courage we need to readily know truth from error and give us the boldness to speak it without intimidation, fear, or offense. I as this in Jesus’ name. Amen.

0 thoughts on “His Name Is The Word of God”

A Fool For Christ A Humble Spirit and the deceitfulness of riches Be A New Lump Bearing Temptation Be Humble Being The Black Sheep Be Ready For Christ’s Return Boldly Preach The Gospel Bought And Paid For But Not Forsaken By Faith choke the word Complete In Christ Dedicated To God Enduring Tribulation Faith And Faithfulness Faithful Christians For The Glory Of God For The Love Of Christ For The Love Of God Getting God’s Attention God’s Heart Holding On To Integrity It Is Not Science Jesus Justified By Faith Kiss The Son Maintaining Good Works prayer Set Apart For God some sixty Stand By Your Faith The Destruction Of Pride The Effectual Fervent Prayer The Kingdom of Heaven The Mark Of Christ The Prayer Of Faith The Trial Of Your Faith True Repentance trust When Mercy Runs Out Where is Your Faith? Who Did Hinder You? You Are Chosen