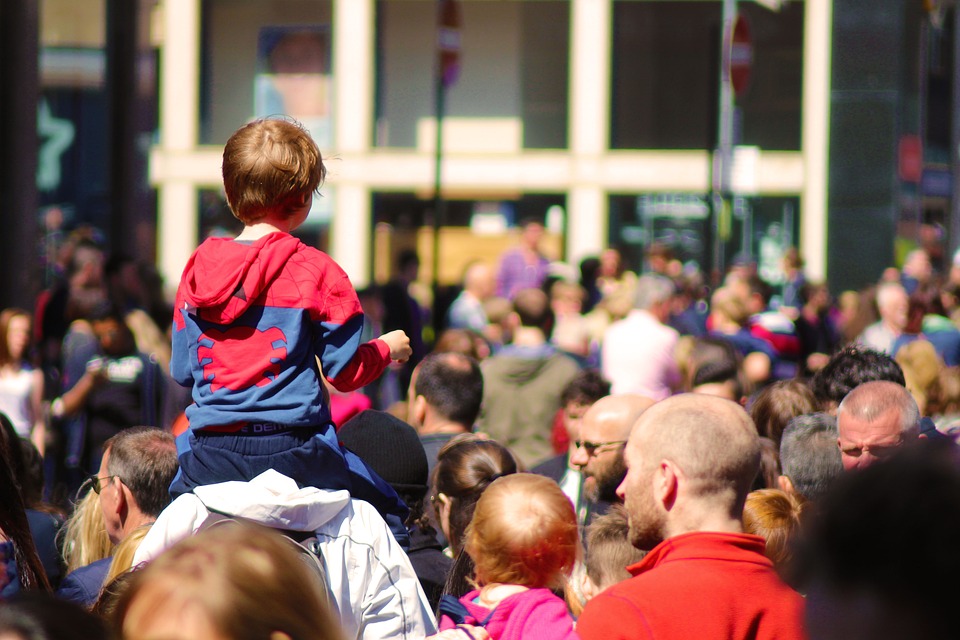 What Is Speaking In Tongues?

I believe one of the most aggravating things to see as a Christian is someone talking in tongues, they literally believe that God is speaking to them through this strange language that no one can interpret, but them. What is sad is that God loving people, often in search of a miracle, flock to these people in hopes that God will reveal to them something that He will not reveal to them. I am here to tell the truth about speaking tongues, straight from what the Bible teaches. In reading what the Bible has to say about speaking in tongues, speaking in tongues means a person speaking one language, such as Italian, and hearing it in your own language, such as Spanish. One needs to realize that speaking in tongues happened once, and the sole purpose of it in the first place was to get souls saved.

Why So Many Tongues (Languages)?

The Bible teaches why God created all the different languages at in the first place, it was a time not too long after the flood and people began rebuilding the land. It all started in Babel, also known as Babylon, the people of Shinar decided to build a giant tower that would reach into heaven.

“And the whole earth was of one language, and of one speech. And it came to pass, as they journeyed from the east, that they found a plain in the land of Shinar; and they dwelt there. And they said one to another, Go to, let us make brick, and burn them thoroughly. And they had brick for stone, and slime had they for morter. And they said, Go to, let us build us a city and a tower, whose top may reach unto heaven; and let us make us a name, lest we be scattered abroad upon the face of the whole earth. And the LORD came down to see the city and the tower, which the children of men builded. And the LORD said, Behold, the people is one, and they have all one language; and this they begin to do: and now nothing will be restrained from them, which they have imagined to do. Go to, let us go down, and there confound their language, that they may not understand one another’s speech. So the LORD scattered them abroad from thence upon the face of all the earth: and they left off to build the city. Therefore is the name of it called Babel; because the LORD did there confound the language of all the earth: and from thence did the LORD scatter them abroad upon the face of all the earth.” – Genesis 11:1-9.

The reason that there are so many different languages is simple, to keep ungodly people from corrupting the godly, or in other words to separate unbelievers from believers. While God gives everyone the free will to choose to believe in Him, He will not have those that do not believe, or even those who choose what they want to believe about God corrupting those who live by every word of God. The problem with their attempt to reach heaven was that it came from children of men, meaning they were not God’s children. The truth is we cannot reach heaven on our own, and if we do not know the only living Almighty God than we surely can never get to heaven. And the only way to know God and to even be one of His children is to know Jesus, “And this is the record, that God hath given to us eternal life, and this life is in his Son. He that hath the Son hath life; and he that hath not the Son of God hath not life. These things have I written unto you that believe on the name of the Son of God; that ye may know that ye have eternal life, and that ye may believe on the name of the Son of God.” – 1 John 5:11-13.

The Day Of Pentecost

The Day of Pentecost is that day that changed how God would send the Spirit into every soul that believes in and receives Jesus Christ, before then God would remove the Spirit from a hardened heart just as fast as he would fill it. Before Jesus was crucified, he said to His disciples, “And I will pray the Father, and he shall give you another Comforter, that he may abide with you for ever; Even the Spirit of truth; whom the world cannot receive, because it seeth him not, neither knoweth him: but ye know him; for he dwelleth with you, and shall be in you. I will not leave you comfortless: I will come to you. But the Comforter, which is the Holy Ghost, whom the Father will send in my name, he shall teach you all things, and bring all things to your remembrance, whatsoever I have said unto you.” – John 14:16-18,26.

It was the Day of Pentecost that Jesus would fulfill the promise that the Comforter would come, “And when the day of Pentecost was fully come, they were all with one accord in one place. And suddenly there came a sound from heaven as of a rushing mighty wind, and it filled all the house where they were sitting. And there appeared unto them cloven tongues like as of fire, and it sat upon each of them.” – Acts 2:1-3.

It is the Holy Spirit and only the Holy Spirit that can even cause someone be able to speak in tongues. “And they were all filled with the Holy Ghost, and began to speak with other tongues, as the Spirit gave them utterance. And there were dwelling at Jerusalem Jews, devout men, out of every nation under heaven. Now when this was noised abroad, the multitude came together, and were confounded, because that every man heard them speak in his own language. And they were all amazed and marvelled, saying one to another, Behold, are not all these which speak Galilaeans? And how hear we every man in our own tongue, wherein we were born? Parthians, and Medes, and Elamites, and the dwellers in Mesopotamia, and in Judaea, and Cappadocia, in Pontus, and Asia, Phrygia, and Pamphylia, in Egypt, and in the parts of Libya about Cyrene, and strangers of Rome, Jews and proselytes, Cretes and Arabians, we do hear them speak in our tongues the wonderful works of God. And they were all amazed, and were in doubt, saying one to another, What meaneth this?” – Acts 2:4-12.

What does this mean? The Scripture says, “Every man heard them speak in his own language.” The words, “tongue” and “tongues,” come from two Greek words, the word “tongue” means “dialect or language.”, the word “tongues” also means “a language”. In other words, for example, Peter was speaking in his own language, but the people could hear exactly what he said in their own language, all at the same time they heard exactly what was was being said. That is the power of the Holy Spirit.

The Sole Purpose For Speaking in Tongues

Tongues of Today Cannot Be That of Pentecost:

If those today claim their gift of tongues is that of the day of Pentecost then why does not every one of every nationality understand? On the Day of Pentecost, Greek was the commonplace language, and God says that each understood in their own language, including those who only knew Greek. There are several reasons why the so called tongues spoken today are not the same as on the day of Pentecost.

1. It Is For The Wrong Motive.
The languages spoken on Pentecost were spoken for God’s glory. You do not find in Acts 2 where any of those that spoke in tongues ever used this to judge the spirituality of other persons or themselves. Tongues advocates claim this for their glory as a sign of their mature spirituality. Yes, they say it comes from God, praising Jesus! But, in reality, they glory in their own manifestation of speaking in tongues as “evidence” of the Spirit’s working in them.

2. It is For The Wrong Purpose.
On the Day of Pentecost, God wanted His Word preached so that all would understand, regardless of nationality. That was God’s purpose and He accomplished it. Is this the purpose of tongues speakers today? If so, why do they not go to the foreign fields with God’s Word, and not waste time training in the language schools. If they want all nations to hear, as the Lord did, why are they not preaching in tongues to the various nationalities abroad? (I understand those who actually try this are soon home again!). No, their purpose is not that of the Lord’s, nor do their activities match what took place on Pentecost.

4. They Have The Wrong Spirit.
It is either the Spirit of the Lord or the spirit of the Anti-Christ. Jesus said, “I know thy works, that thou art neither cold nor hot: I would thou wert cold or hot. So then because thou art lukewarm, and neither cold nor hot, I will spue thee out of my mouth.” – Revelation 3:15,16. In 1st John 4:1 we are told to, “…believe not every spirit, but try the spirits whether they are of God: because many false prophets are gone out into the world.”

God also told Isaiah to warn Israel about going after familiar spirits, “And when they shall say unto you, Seek unto them that have familiar spirits, and unto wizards that peep, and that mutter: should not a people seek unto their God? for the living to the dead? To the law and to the testimony: if they speak not according to this word, it is because there is no light in them.” – Isaiah 8:18,20.

The “familiar spirits” were those doing things by some spirit other than the Holy Spirit. Wizards that “peep and mutter” means “by ventriloquism.” The soothsayers caused a low sound to proceed as from a grave or a dead person. They were the mediums of today. God tells us how we can tell the True Spirit from a false.

Remember, speaking in tongues is today accredited to the Holy Spirit, yet the true manifestations of the Holt Spirit do not coincide with the tongues speakers’ activities, motives, or purposes of today. Thank God for the Bible, His Word, to which we can go to find the truth. This is exactly what God tells us to do. The Word of God is the Final Authority to determine the true from the false.