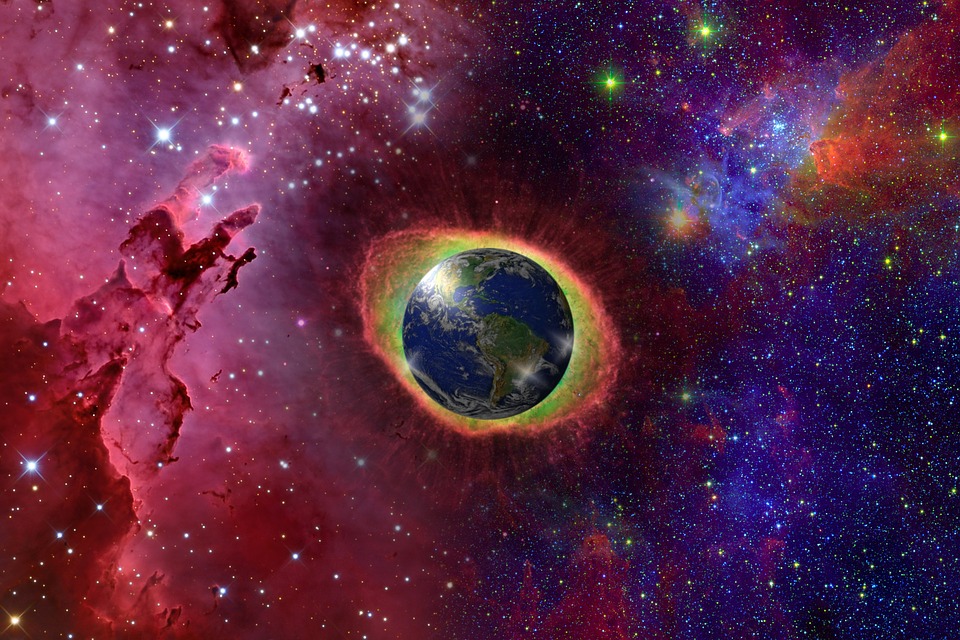 What is Theistic Evolution?

This view of God makes Him look fallible, as if He is capable of making mistakes and is only the author of death and suffering as it puts them before mankind’s sin. It also calls into question the truth of God’s Word and His character as an all-powerful, all knowing, just, but loving God.

In theistic evolution, the Bible is regarded as a collection of documents which partially contains God’s Word, but that then contains no authoritative, binding truths, and must be freshly interpreted and corrected for every era and in every situation in life, which explains their need to come up with different versions every generation.

Those who accept that the theory of evolution is consistent are accepting the foundation of the humanistic worldviews over God’s written word. Essentially, they are telling God that they believe Him when He told us about the Virgin Birth, Crucifixion, and Resurrection of Christ, but do not believe Him when He tells us how He created the world. And the truth is this, the world does evolve as life itself learns to adapt to the conditions of the environment, and if it cannot it will be eliminated, just like the dinosaurs have evolved from the huge beast like creatures into the animals we see today.

Theistic evolution is one of three major origin-of-life worldviews, the other two are, Atheistic Evolution (known as Darwinism) and Special Creation (known as Creationism). However, there are several views of theistic evolution, ranging somewhere between God allowing only natural processes to influence the development of life and God constantly using miraculous intervention to guide evolution.

One view of theistic evolution states that there is a God, but He was not directly involved in the origin of life. According to this view, God created the building blocks and natural laws with the eventual emergence of life in mind. However, early on He stepped back and let His creation take over. He let it do what it was designed to do, and life eventually emerged from non-living material (matter) into what it is today. This view is similar to atheistic evolution in that it assumes that life emerged naturally from preexisting, non-living building blocks under the influence of natural laws. However, Atheistic Evolutionists, believe there is no God, and the origin of those natural laws cannot be explained.

A second view of theistic evolution is the belief that God performed constant miracles to bring about the origin of life as we know it. According to this view, He led life step by step down a path from primeval simplicity to contemporary complexity. This view is similar to Darwin’s evolutionary tree of life, but with God’s intervention taking the place of mutation and natural selection, it is the belief that where life was not able to evolve naturally, God stepped in. This view is also similar to special creation in that it presumes God acted supernaturally in some way to bring about life as we know it. Special creation says that God created life directly, either from nothing or from preexisting materials.

Theistic Evolutionists typically believe that the geologic column containing the fossil record represents long periods of time. Since man does not appear until late in the fossil record, theistic evolutionists believe many creatures lived, died, and became extinct long before man came into existence. This assumes that physical death, at least for animals, existed before Adam and his sin that caused death.

Special Creationists believe that the earth is relatively young and that the fossil record was laid down during and after Noah’s flood. The stratification of the layers is thought to have occurred due to hydrologic sorting and liquefaction, both of which are an observed phenomena. This puts the fossil record and the death it describes hundreds of years after Adam’s sin.

Young earth creationists believe the account of one day to be a literal, twenty-four hour day. Theistic Evolutionist believe this to be inconsistent, as they believe there to be a gap between Genesis 1:1 and 1:2. Theistic Evolutionists imagine a Darwinian scenario in which stars evolved, then our solar system, then the earth, then the plants and animals, and then eventually man. The two viewpoints within theistic evolution disagree as to the role God played in the unfolding of events, but they generally agree on the Darwinian timeline.

However, that timeline is in conflict with a literal interpretation of the Genesis creation account. For example, Genesis says that the earth was created on day one, and the sun, moon, and stars were not created until day four. A common ploy from Theistic Evolutionists is to note that the wording of Genesis suggests the sun, moon, and stars were actually created on day one, but they could not be seen through the earth’s atmosphere until day four, leading to their placement on day four. A literal reading of account in Genesis shows that birds were created with sea creatures on day five while land animals were not created until day six. This is in direct opposition to the Darwinian view that birds evolved from land animals while the Bible account says birds preceded land animals.

Regardless of how a person chooses to interpret scientific evidence or the Bible, experience has shown the Bible to be reliable. Centuries of challenging God Himself have confirmed that not only is the Bible compatible with science, but also that not one single word has ever been disproved. Interpretations of Scripture may be found lacking, but the Word of God itself is never wrong. The Bible is God’s living Word, given to us by the Creator of the universe, and His description of how He created that universe is not threatened by atheistic versions of science no matter how much they try to discredit it.

In conclusion, God’s Word clearly gives us all the evidence we need about how the universe, the earth, and man came into existence and that He is the one who created it all. “And God said, Let the earth bring forth the living creature after his kind, cattle, and creeping thing, and beast of the earth after his kind: and it was so. And God made the beast of the earth after his kind, and cattle after their kind, and every thing that creepeth upon the earth after his kind: and God saw that it was good. And God said, Let us make man in our image, after our likeness: and let them have dominion over the fish of the sea, and over the fowl of the air, and over the cattle, and over all the earth, and over every creeping thing that creepeth upon the earth. So God created man in his own image, in the image of God created he him; male and female created he them.” – Genesis 1:24-27.

“and over all the earth,” God has given us the means to know about this earth, not other earths. And here is my opinion, since God has existed well before the world did, and is capable of creating life over and over again, it is time to stop worrying about what happened billions of years ago. Yes, dinosaurs existed, yes, woolly mammoths existed, but that was all within the elements of the time that God created life on earth, man existed too at that time, they just evolved within their element, and if the could not survive those elements they became extinct. It is great that we can discover the amazing artifacts that show how life existed on earth, but we are not meant to have the knowledge of what happened billions of years ago. God’s Word is written for us in this time, and this earth, we were created in His image, that means we are the only living creatures that He created with a soul. God has given us ample evidence that the account of the earth and everything on it was created by Him, it is man who corrupted this thinking.

“For the invisible things of him from the creation of the world are clearly seen, being understood by the things that are made, even his eternal power and Godhead; so that they are without excuse: Because that, when they knew God, they glorified him not as God, neither were thankful; but became vain in their imaginations, and their foolish heart was darkened. Professing themselves to be wise, they became fools, And changed the glory of the uncorruptible God into an image made like to corruptible man, and to birds, and fourfooted beasts, and creeping things. Wherefore God also gave them up to uncleanness through the lusts of their own hearts, to dishonour their own bodies between themselves: Who changed the truth of God into a lie, and worshipped and served the creature more than the Creator, who is blessed for ever. Amen.” – Romans 1:20-25.