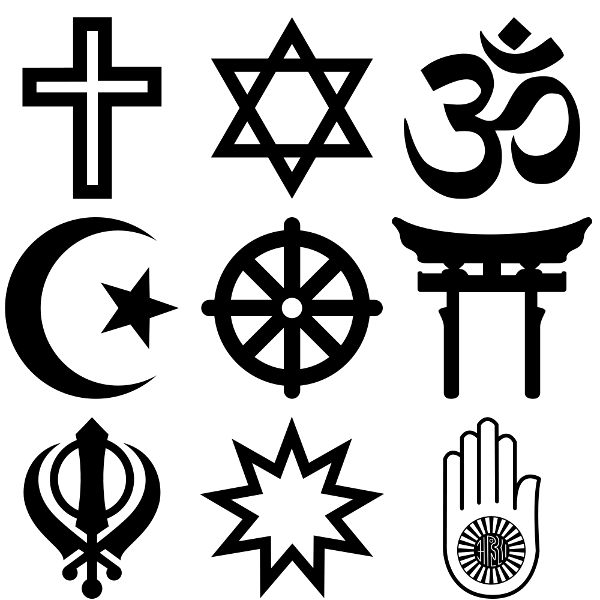 I avoided making pages about different religions for quite some time, as I felt such anger and frustration about what I was reading that it really wearied me. And when you are learning about so many different religions it takes a toll on your spirit. So, that alone is just cause that I must do this to show what pure religion is.

Religion is defined as: 1. Any system of faith and worship. 2. As distinct from virtue, or morality, consisting in the performance of the duties we owe directly to God. 3. Godliness or real piety in practice, consisting in the performance of all known duties to God and our fellow men, in obedience to divine command, or from love to God and his law. 4. A belief in the being and perfections of God, in the revelation of his will to man, in man’s obligation to obey his commands, in a state of reward and punishment, and in man’s accountability to God; and also true godliness or piety of life, with the practice of all moral duties.

In other words, man says that religion is the belief of something, whether it is of God, a supernatural being, or no being at all, governing the entire world, and our worshiping it. Religion is a system of faith. Religion includes the belief and worship of Pagans, Mohammedans, Hindus, Indians, as well as Christians, and includes false as well as pure worship.

Now, lets see that the Bible says religion is: “Every good gift and every perfect gift is from above, and cometh down from the Father of lights, with whom is no variableness, neither shadow of turning. Of his own will begat he us with the word of truth, that we should be a kind of firstfruits of his creatures. Wherefore, my beloved brethren, let every man be swift to hear, slow to speak, slow to wrath: For the wrath of man worketh not the righteousness of God. Wherefore lay apart all filthiness and superfluity of naughtiness, and receive with meekness the engrafted word, which is able to save your souls. But be ye doers of the word, and not hearers only, deceiving your own selves. If any man among you seem to be religious, and bridleth not his tongue, but deceiveth his own heart, this man’s religion is vain. Pure religion and undefiled before God and the Father is this, To visit the fatherless and widows in their affliction, and to keep himself unspotted from the world.” – James 1:17-22,26-27.

“and to keep himself unspotted from the world.” Since we belong to God we are to be different then those of the world, we do not blend in with them, we do not live the way they do, and we do not make ourselves the spotlight. Pure religion is believing exactly what the Bible tells us on how to live a prosperous life with God, and following that. And that includes salvation by grace alone through Jesus Christ our LORD. We must hear His Word and follow it, not add to it, not take from it, or not eliminate it all together. Many people base their belief in God according on whatever religion they were brought up in, and just so you understand, there are over four thousand three hundred religions, and counting, that alone goes to show you that not every way leads to worshiping the one and only living God.

The truth is, there is only One one God, and only one way to God and that is through Jesus Christ. By believing in and accepting that the Lord, Jesus Christ, the Son of God, was born of a virgin, died a sinless death on the cross to redeem sinful man, was buried in a tomb, and arose three days later you have eternal life with God. “That if thou shalt confess with thy mouth the Lord Jesus, and shalt believe in thine heart that God hath raised him from the dead, thou shalt be saved. For with the heart man believeth unto righteousness; and with the mouth confession is made unto salvation.” – Romans 10:9-10.

No religion will get you to heaven, no pastor, pope, rabbi, or imam or whatever holy man or woman religion follows will get you to heaven or God. There is only one man that will, Jesus Christ. And God is not someone that you can just make up or create an image of all on your own and expect His blessings upon your life. We must believe on the Jesus Christ, and accept Him alone as our Saviour if we want to get to heaven and want God to hear us. “Whosoever believeth that Jesus is the Christ is born of God: and every one that loveth him that begat loveth him also that is begotten of him. He that believeth on the Son of God hath the witness in himself: he that believeth not God hath made him a liar; because he believeth not the record that God gave of his Son. And this is the record, that God hath given to us eternal life, and this life is in his Son. He that hath the Son hath life; and he that hath not the Son of God hath not life. These things have I written unto you that believe on the name of the Son of God; that ye may know that ye have eternal life, and that ye may believe on the name of the Son of God.” – I John 5:1,10-13.

Learn About Religions Of Today

I have compiled a list of the most popular religions of today, what they teach, and the Scripture to show its truths or any false doctrine it may be teaching. I am not in any way endorsing or condemning one religion over another, this is for your information to show you the truth from Scripture on whether or not the religion you have chosen or are choosing is teaching the correct doctrine. And I have included spiritual and agnostic religions as well, and yes, Atheism is a religion. Click on any link below to view the founding, and beliefs of that religion.

Catholicism
Catholicism believes in Jesus Christ, their religion revolves around the seven sacraments, baptism, reconciliation, Eucharist, confirmation, marriage, holy orders (joining the priesthood) and the sacrament of the sick (once called extreme unction or last rites).

Methodist
Methodists believe in Jesus Christ, their religion revolves around an obligation to bear a faithful Christian witness to Jesus Christ.

Lutheran
Lutherans believe in Jesus Christ, their religion revolves around salvation and simple trust in the promises of God, and following Sacraments.

Presbyterians
This religion was started by a former Catholic priest, John Knox, in Scotland and is based primarily on the teachings of John Calvin.

Protestants
Protestantism is one of the three major branches of secular Christianity, along with Roman Catholicism and Eastern Orthodoxy.

Pentecostal
Pentecostals believe they are to love God and others, live a holy life inwardly and outwardly, and worship God joyfully. The supernatural gifts of the Spirit, including tongues, and healing, are for the church today.

Seventh Day Adventist
Founded 1863 in New England; early leaders: Ellen White, Hiram Edson and Joseph Bates. They believe they are to live in accordance with the Bible, including the Old Testament.

Jehovah’s Witness
Founded by Charles Taze Russell, 1879, Pittsburgh. They believe that salvation is through their faith in Christ and obeying Jehovah’s laws. The End of the World is soon, only the saved will get to go to live in paradise.

Christian Science
Founded by Mary Baker Eddy in 1879, Massachusetts. They follow this motto, “Life, Truth, and Love understood and demonstrated as supreme over all; sin, sickness and death destroyed.”

Scientology
Founded by L. Ron Hubbard. They believe is a precise path leading to a complete and certain understanding of one’s true spiritual nature and one’s relationship to self, family, groups, mankind, all life forms, the material universe, the spiritual universe and the Supreme Being.

Judaism
Based around the Jewish people’s covenant relationship with God. Jews believe they are challenged and blessed by God without the need for Jesus Christ. Love of one’s neighbor is the great principle of social life and the founding inspiration of the Jewish community.

Islam
Is the belief in its final form by the Prophet Muhammad (peace be upon him). The essentials of Muslim practice are summarized in the five pillars of Islam, declaration of faith; ritual prayer; welfare; a month of fasting during Ramadan; and pilgrimage.

Buddhism
A way of living based on the teachings of Siddhartha Gautama. The Five Precepts are the basic rules of living for lay Buddhists – refrain from harming living beings; taking what is not given; sexual misconduct; harmful speech; and drink or drugs which cloud the mind.

Hinduism
An ancient tradition of related beliefs and practices that developed in the Indian subcontinent. Core ideals and values shared by most Hindus would include respect for elders; reverence for teachers; regard for guests and tolerance of all races and religions.

Agnostic
Agnostics believe the truth of metaphysical claims regarding, in particular, the existence of God or gods, or even an ultimate reality, but it is unknown to any of us what that may be and may be impossible to know the truth.

Atheist
Atheists have no belief in God or any supreme being, and since there is no afterlife, this one life is of great importance. Only humans can help themselves and each other to solve the world’s problems.