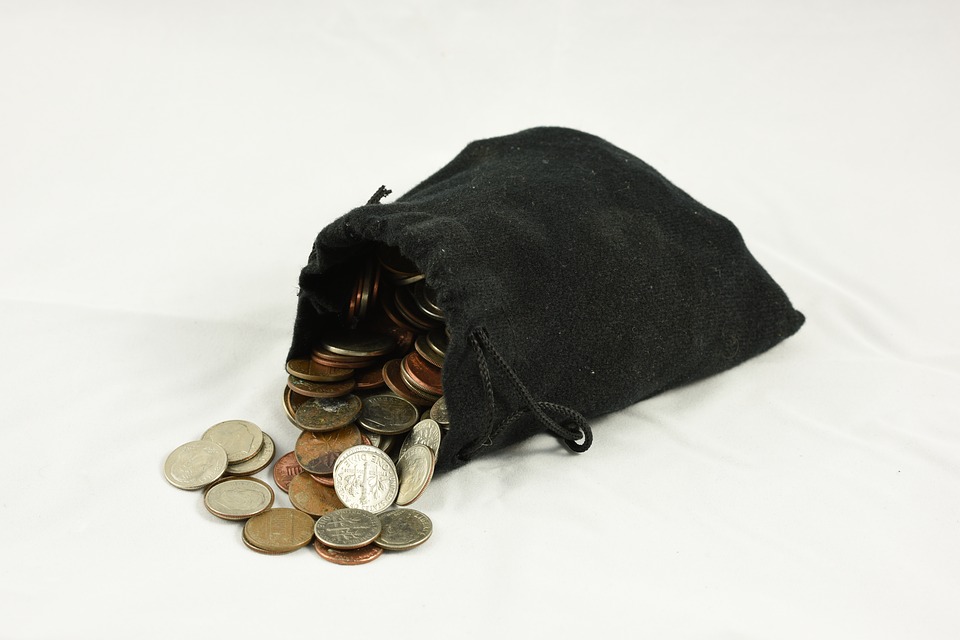 There can be a lot of confusion as to what a tithe is, why we are to tithe, and what it’s used for. There is so much controversy over giving tithe, to even address the subject causes some people to be leery of the motivations and intents of giving hard earned money to the church.

It is tragic that such a glorious privilege as a Christian should be cast into such suspicion by the misrepresentation of the subject in many religious areas today. However, there is so much perversion of what is called “giving” in religious circles today, that many have a difficult time sorting out the legitimate from the fraudulent. I am here to shed some light on this controversial subject.

The word tithe, means the tenth part of any thing, but appropriately, the tenth part of the increase annually arising from the profits of land and stock, allotted to the clergy (church) for their support. In other words, it means to voluntarily set aside one tenth of personal income to your home church.
Giving tithe is an act of freewill to honor God and thank Him for all the blessings that He has bestowed upon us for the week. It’s not meant to bring burden upon us nor is it meant to give up hard earned income to false prophets. It is a testimony of our love for God and an acknowledgment that He is truly the owner of all things.

Giving tithe is helping the church pay for expenses such as the electric, water, and phone bills. Yes, giving tithe is also used to give provisions to the Pastor and his family. God instituted giving tithe as a means to provide for the church and those who worked in the church, known in the Old Testament as the Tabernacle. “The priests the Levites, and all the tribe of Levi, shall have no part nor inheritance with Israel: they shall eat the offerings of the LORD made by fire, and his inheritance. For the LORD thy God hath chosen him out of all thy tribes, to stand to minister in the name of the LORD, him and his sons for ever. They shall have like portions to eat, beside that which cometh of the sale of his patrimony.” – Deuteronomy 18:1,5,8.

Why Do We Tithe?

Giving makes it clear that God has first place in our lives and that we worship Him above money. Jesus said, “But lay up for yourselves treasures in heaven, where neither moth nor rust doth corrupt, and where thieves do not break through nor steal: For where your treasure is, there will your heart be also.“- Matthew 6:20-21.

Money is actually not our possession, it is God’s, which we hold in a trust. He allots different amounts to His children based on His plan and purpose for their lives. Part of being a good steward, is giving back to God a portion of what He’s entrusted to us. It’s not that God needs our money. It’s about honoring Him and becoming a personal testimony, acknowledging to God that we know He owns both the material and spiritual things of our lives. It also supports the greatest, most enduring work ever conducted in this world, and that is the Lord’s work.

Thousands of Christians have proven God faithful to help them financially by getting more out of the 90% or their income with God’s blessing, than using all 100% on their own.

Why Do We Tithe Ten Percent?

Ten percent tithe is not actually a command, it became a standard, when Jacob offered one tenth of his worth to God it stuck and became a guide to follow. “And Jacob vowed a vow, saying, If God will be with me, and will keep me in this way that I go, and will give me bread to eat, and raiment to put on, So that I come again to my father’s house in peace; then shall the LORD be my God: And this stone, which I have set for a pillar, shall be God’s house: and of all that thou shalt give me I will surely give the tenth unto thee.” – Genesis 28:20-22.

The first person to offer tithe in the Bible is Abraham, he instituted this amount right after he defeated an enemy, recovered his family and goods. “And Melchizedek king of Salem brought forth bread and wine: and he was the priest of the most high God. And he blessed him, and said, Blessed be Abram of the most high God, possessor of heaven and earth: And blessed be the most high God, which hath delivered thine enemies into thy hand. And he gave him tithes of all.” – Genesis 14:18-20.

Although ten is a standard, you are allowed to give how much God moves in your heart to tithe. In fact, the Jews normally gave nearly one-fourth of their assets each year. As we trust God by giving Him the amount He puts on our heart, God fulfills His promise to continually bless us. “Every man shall give as he is able, according to the blessing of the LORD thy God which he hath given thee.” – Deuteronomy 16:17. The Old Testament provides ample support for the practice of tithing.

What About Those Who Do Not Have Monetary Income?

A portion of what you have is a portion of your assets. For those without money, donations, such as food, clothes, furniture, etc, is also giving to God. It can also be giving yourself, give two hours and forty minutes of your day to God.

Tithing In The New Testament Church

Jesus Himself speaks of giving tithe, which also means alms.

“Sell that ye have, and give alms; provide yourselves bags which wax not old, a treasure in the heavens that faileth not, where no thief approacheth, neither moth corrupteth.  For where your treasure is, there will your heart be also.” – Luke 12:33-34.

“Shew me the tribute money. And they brought unto him a penny.  And he saith unto them, Whose is this image and superscription?  They say unto him, Caesar’s. Then saith he unto them, Render therefore unto Caesar the things which are Caesar’s; and unto God the things that are God’s.” – Matthew 22:19-21.

We are to honor God by returning some of the blessings that He gives us to our local church. Since God is the owner and giver of all things, we are, but trustees, managers, stewards of His goods. God entrusts some things to us, whatever He can trust us with. “But this I say, He which soweth sparingly shall reap also sparingly; and he which soweth bountifully shall reap also bountifully. Every man according as he purposeth in his heart, so let him give; not grudgingly, or of necessity: for God loveth a cheerful giver. And God is able to make all grace abound toward you; that ye, always having all sufficiency in all things, may abound to every good work:” – 2 Corinthians 9:6-8.

The old covenant required simple percentages. Everyone knew how much was required. The new covenant has no set percentages. Instead, it requires more soul-searching, more training for the conscience, more selfless love for others, more faith, more voluntary sacrifice and less compulsion. It tests our values, what we treasure most, and where our hearts are.

God could all our needs miraculously, if money were the only need we had. Instead, he supplies our needs through the contributions of his people. That’s because he is not only working in the church as an organization, he is also working in the hearts of his people. By making the church dependent on the members, he is addressing the most important need we have: that each of us become more closely conformed to the love exemplified by Jesus Christ.

The truth is that a person who has faith in Jesus Christ does not worry about whether tithing is commanded in the New Testament. A person who is transformed by Christ to be more like Christ is generous. Such a person wants to give as much as possible to support the gospel and to support needy members. Christians should give generously, but giving is a result of their relationship with God, not a way to earn it. We are given grace through faith, not through tithing.

What Is An Offering?

An offering is something that is given outside of tithing, offerings are not a command from God, this is something that He puts on the heart to give other than normal tithing. This can be in the form of money, possessions, assistance, etc.

It all comes down to this, trusting God and letting Him work in your life, if He can trust you with ten percent or whatever amount He places on your heart than He can supply your every need. “But my God shall supply all your need according to his riches in glory by Christ Jesus.” – Philippians 4:19.