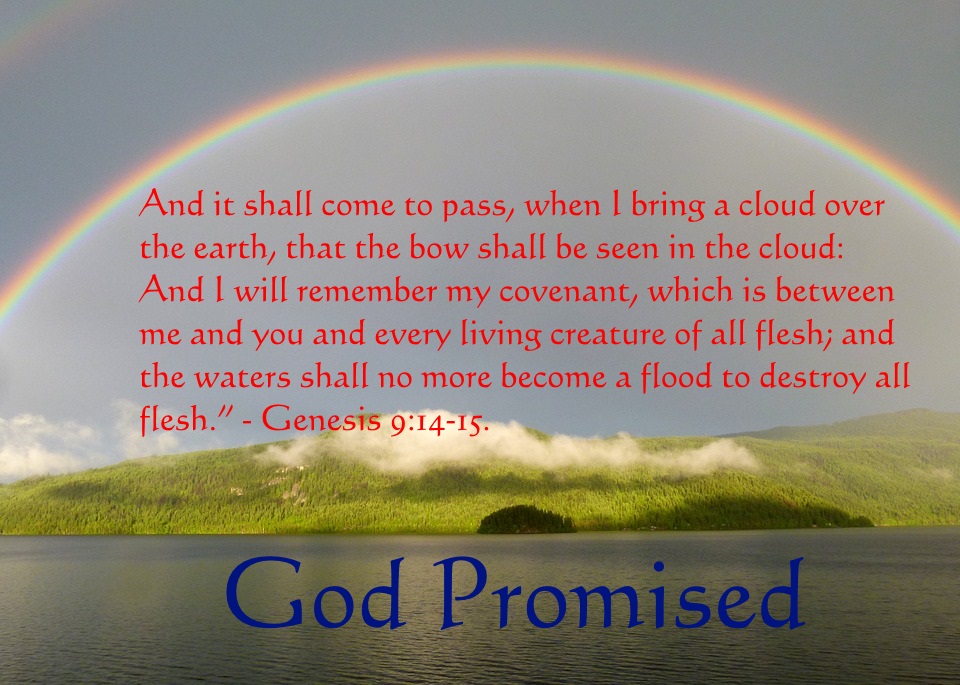 More often than we realize, the suffering we go through in this life has more to do with the repercussions of others who are living ungodly lives, and this includes Christians who are living under the influence of the lusts of the world. While none of us are perfect and we cause a fair share of our own suffering upon ourselves, faithful, Godly Christians often get caught in the line of fire of God’s judgments, and as a result we are left picking up the pieces that did not get destroyed, mainly ourselves. No matter what we are faced with in this world, pain, death, calamities, sorrow, God never leaves His faithful to suffer for too long or alone, He is always with them. “But the God of all grace, who hath called us unto his eternal glory by Christ Jesus, after that ye have suffered a while, make you perfect, stablish, strengthen, settle you.” – I Peter 5:10.

While God does get angry and His judgments are just, He does give ample warning before He does anything so we can make the right decisions, and He never leaves one of His people behind when they do. Noah and his family did not know what was going to happen to them, but they knew that God was with them and protecting them in the Ark. After it rained forty days and nights it took one hundred and fifty days for the waters to clear out, one year after the rain began and the flood destroyed the earth, the land was dry, and life was sustainable on it once again. God commands Noah and his family to come out of the ark and begin living on earth again.

“Go forth of the ark, thou, and thy wife, and thy sons, and thy sons’ wives with thee. Bring forth with thee every living thing that is with thee, of all flesh, both of fowl, and of cattle, and of every creeping thing that creepeth upon the earth; that they may breed abundantly in the earth, and be fruitful, and multiply upon the earth. And Noah went forth, and his sons, and his wife, and his sons’ wives with him: Every beast, every creeping thing, and every fowl, and whatsoever creepeth upon the earth, after their kinds, went forth out of the ark. And Noah builded an altar unto the LORD; and took of every clean beast, and of every clean fowl, and offered burnt offerings on the altar. And the LORD smelled a sweet savour; and the LORD said in his heart, I will not again curse the ground any more for man’s sake; for the imagination of man’s heart is evil from his youth; neither will I again smite any more every thing living, as I have done. While the earth remaineth, seedtime and harvest, and cold and heat, and summer and winter, and day and night shall not cease.” – Genesis 8:16-22.

“for the imagination of man’s heart is evil from his youth;” Evil, this is not the wicked evil that the devil causes, this is natural evil, meaning having qualities which tend to injure, or produce mischief. I hear people tell me all the time that since God created everything, He created evil, and that means He is evil. Let me tell you, Adam and Eve had it perfect, there was no sickness, pain, suffering, drugs, or alcohol, yet, they naturally disobeyed God from their heart. This all started with the devil himself who is wicked and became that way all on his own as well, he influenced Eve, who then influenced her husband, they disobeyed God, then brought death upon themselves, and all of us as a result. So, no, God does not create the evil, man does because of the imagination of their evil heart, and this is why we need Jesus. “There is none that understandeth, there is none that seeketh after God. They are all gone out of the way, they are together become unprofitable; there is none that doeth good, no, not one. Even the righteousness of God which is by faith of Jesus Christ unto all and upon all them that believe: for there is no difference: For all have sinned, and come short of the glory of God; Being justified freely by his grace through the redemption that is in Christ Jesus:” – Romans 3:11-12,22-24.

A covenant is an agreement, a contract between two people, it is binding and cannot broken, and if one of the two break it consequences will arise. God never forgot His promise to sustain life with those who believe in Him, His remembering Noah and his family was the return of His mercy and grace to mankind. God blesses the earth more than ever, and makes a new covenant with man.

“And God blessed Noah and his sons, and said unto them, Be fruitful, and multiply, and replenish the earth. And the fear of you and the dread of you shall be upon every beast of the earth, and upon every fowl of the air, upon all that moveth upon the earth, and upon all the fishes of the sea; into your hand are they delivered. Every moving thing that liveth shall be meat for you; even as the green herb have I given you all things. But flesh with the life thereof, which is the blood thereof, shall ye not eat. And surely your blood of your lives will I require; at the hand of every beast will I require it, and at the hand of man; at the hand of every man’s brother will I require the life of man. Whoso sheddeth man’s blood, by man shall his blood be shed: for in the image of God made he man.” – Genesis 9:1-6.

“And surely your blood of your lives will I require;” God is the one who gives life and He is the one who decides when life is over on the earth. While God allows animals to be killed and eaten for the first time, He did not allow the blood of man to be shed by another or even suicide. While animal life might be used for food or to give as a sacrifice, human life was still precious to God. In a very deep sense, the blood is the life. When we speak of being redeemed by the blood of Jesus, we mean that we have been saved by giving His own blood, it is the blood makes the atonement for the soul. “Much more then, being now justified by his blood, we shall be saved from wrath through him. For if, when we were enemies, we were reconciled to God by the death of his Son, much more, being reconciled, we shall be saved by his life. And not only so, but we also joy in God through our Lord Jesus Christ, by whom we have now received the atonement.” – Romans 5:9-11.

So many people believe in heaven, and even believe that they will be there when they die, but they do not want to do it God’s way. The truth is there is only one way to get to heaven and that is through Jesus Christ, but sadly, people make up their own beliefs. Now, with eight people seeing the miracles and wrath of God you would think that there was some fear in them to live right and trust only God. However, that was not the case after Noah died, all that changed as they scattered the earth and began establishing their own covenants and beliefs, the most influential were the Canaanites, descendants of Ham. They decided they wanted to build a tower to reach heaven.

“And the LORD came down to see the city and the tower, which the children of men builded. And the LORD said, Behold, the people is one, and they have all one language; and this they begin to do: and now nothing will be restrained from them, which they have imagined to do. Go to, let us go down, and there confound their language, that they may not understand one another’s speech. So the LORD scattered them abroad from thence upon the face of all the earth: and they left off to build the city. Therefore is the name of it called Babel; because the LORD did there confound the language of all the earth: and from thence did the LORD scatter them abroad upon the face of all the earth.” – Genesis 11:5-9.

“and now nothing will be restrained from them,” God wants His people separated from the world, they might all try to get to heaven, but there in only one way and that is Jesus Christ. God gave them different languages so they could not understand each other. Did you know that God has a language all of His own? He does, and the only people who understand it are those who are saved and following His Word. Theologians claim they know the Bible, but cannot explain the simplest things from it, scholars claim to know history, but cannot explain the miraculous things that happened over time, scientist claim to know everything, but cannot explain creation. God makes everything simple, trust me, believe in my Son, and live in my Word, it is man that makes everything complicated. “Professing themselves to be wise, they became fools, And changed the glory of the uncorruptible God into an image made like to corruptible man, and to birds, and fourfooted beasts, and creeping things. Wherefore God also gave them up to uncleanness through the lusts of their own hearts, to dishonour their own bodies between themselves: Who changed the truth of God into a lie, and worshipped and served the creature more than the Creator, who is blessed for ever. Amen.” – Romans 1:22-25.

Jesus Christ Magnified: “And it shall come to pass, when I bring a cloud over the earth, that the bow shall be seen in the cloud: And I will remember my covenant, which is between me and you and every living creature of all flesh; and the waters shall no more become a flood to destroy all flesh.” – Genesis 9:14-15. The rainbow is the reflection of the beams of the sun shining upon or through the drops of rain: all the glory of the seals of the covenant are derived from Christ, the Sun of righteousness.

Today’s Prayer: God, As Your children, it is Your desire that we stay faithful to Your teachings. Scripture gives many examples of those who knew to do right, but chose to do wrong. The consequences of their actions caused a great deal of loss, life-long regret, and emotional pain, not only for themselves, but others as well. Help us avoid the traps Satan has set for Your children by not only reading Your Word, but applying its truth to our lives, and standing firm when the temptation to do wrong is ever before us. Help me to present my body, mind, and voice before You as a living sacrifice, holy, upright, and honorable to You. In Jesus’ name. Amen. 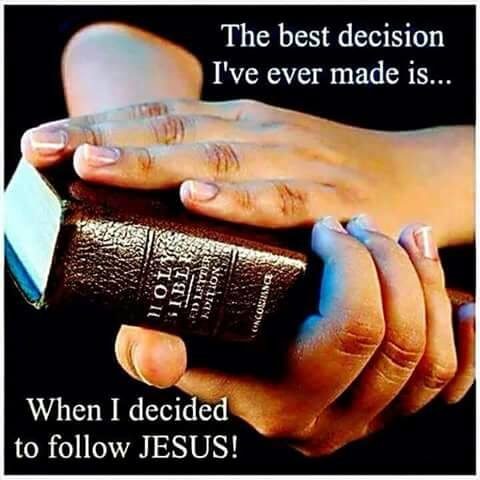