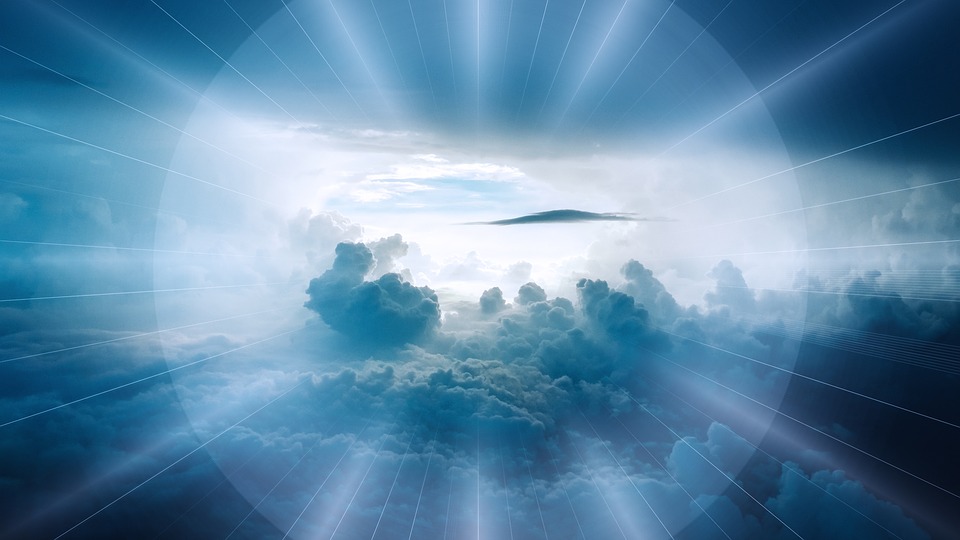 As Christians, we are all here to serve a purpose and will remain here on earth until we have fulfilled that purpose. Many people were killed preaching Jesus, and martyrdom is increasing today as more and more of the world becomes captive under the wicked hand of Satan, yet many escape death as well. Paul once said, and I am paraphrasing, “To live is Christ and to die is gain.” We should all have that confidence, those who received the Gospel get to join Jesus in heaven and also be apart of the resurrection when He returns to reign as King. While none of us are really ready to go to heaven this instant or want to die defending our faith, we have the assurance of His resurrection that we will not only endure, but be part of those resurrected into eternal life. “We having the same spirit of faith, according as it is written, I believed, and therefore have I spoken; we also believe, and therefore speak; Knowing that he which raised up the Lord Jesus shall raise up us also by Jesus, and shall present us with you. For all things are for your sakes, that the abundant grace might through the thanksgiving of many redound to the glory of God.” – II Corinthians 4:13-15.

Quite often when you hear the word Jew you automatically think of religion, but this is not the case, the Jews are not a religion, they have a Jewish religion, but they are a nation who originated from Israel, who was their father, we also know him as Jacob. God used the Jews to show the rest of the world that there is only One living and true God, He never denied anyone the chance to know Him as their God ever. So, something strange happened the second the apostles and disciples heard that Gentiles were getting saved, they questioned how Peter on could be preaching the Gospel to them. How could he tell those heathens about Jesus? Peter tells them the vision that God gave him, and says who was he to go against God.

“Then remembered I the word of the Lord, how that he said, John indeed baptized with water; but ye shall be baptized with the Holy Ghost. Forasmuch then as God gave them the like gift as he did unto us, who believed on the Lord Jesus Christ; what was I, that I could withstand God? When they heard these things, they held their peace, and glorified God, saying, Then hath God also to the Gentiles granted repentance unto life. Now they which were scattered abroad upon the persecution that arose about Stephen travelled as far as Phenice, and Cyprus, and Antioch, preaching the word to none but unto the Jews only. And some of them were men of Cyprus and Cyrene, which, when they were come to Antioch, spake unto the Grecians, preaching the Lord Jesus. And the hand of the Lord was with them: and a great number believed, and turned unto the Lord.” – Acts 11:16-21.

“Then hath God also to the Gentiles granted repentance unto life.” The truth is, we are all heathens, all sinners who enjoy the pleasures of the world, some just a little more than others, and we all need to be saved from hell. This has always been the case, God never wanted only one nation of people to know and accept Him, He wants all. God did not send His Son just for the Jews only, He sent Him for the Italians, the Chinese, the Greeks, the Arabs, the Spaniards, and everyone in between. “Tribulation and anguish, upon every soul of man that doeth evil, of the Jew first, and also of the Gentile; But glory, honour, and peace, to every man that worketh good, to the Jew first, and also to the Gentile: For there is no respect of persons with God. For as many as have sinned without law shall also perish without law: and as many as have sinned in the law shall be judged by the law; (For not the hearers of the law are just before God, but the doers of the law shall be justified.” – Romans 2:9-13.

When Herod got word that people were being saved he wanted to quickly put a stop to the apostles, but he was not alone, the unbelieving Jews wanted to stop them as well. Herod captures and kills James, when he find out that he was greatly praised by the Jews for killing him, and wanting to be praised more, he set his sights on Peter. He arrested Peter and would have had him killed, but he was celebrating a pagan holiday called Easter.

“Now about that time Herod the king stretched forth his hands to vex certain of the church. And he killed James the brother of John with the sword. And because he saw it pleased the Jews, he proceeded further to take Peter also. (Then were the days of unleavened bread.) And when he had apprehended him, he put him in prison, and delivered him to four quaternions of soldiers to keep him; intending after Easter to bring him forth to the people. Peter therefore was kept in prison: but prayer was made without ceasing of the church unto God for him. And when Herod would have brought him forth, the same night Peter was sleeping between two soldiers, bound with two chains: and the keepers before the door kept the prison. And, behold, the angel of the Lord came upon him, and a light shined in the prison: and he smote Peter on the side, and raised him up, saying, Arise up quickly. And his chains fell off from his hands. And the angel said unto him, Gird thyself, and bind on thy sandals. And so he did. And he saith unto him, Cast thy garment about thee, and follow me. And he went out, and followed him; and wist not that it was true which was done by the angel; but thought he saw a vision.” – Acts 12:1-9.

“but thought he saw a vision.” At first, Peter thought he was dreaming, until he realized he was outside of the jail. Sometimes we have a hard time believing in miracles, or even that God is right there among us, helping us endure some of the most frightening challenges, but the truth is, He is always with us. Sometimes we have to face some suffering in order to see God, but He is always with us and is right there for us, even death cannot separate us. “For I am persuaded, that neither death, nor life, nor angels, nor principalities, nor powers, nor things present, nor things to come, Nor height, nor depth, nor any other creature, shall be able to separate us from the love of God, which is in Christ Jesus our Lord.” – Romans 8:38-39.

Millions of men and women all over the world have been killed preaching or defending their faith in Jesus, in fact, Christian prosecution is in record numbers again. We as Christians cannot be afraid to preach the Gospel to those who need Jesus for fear that we will be persecuted or even killed. God will take care of us, He will defend us and prosecute our accusers, even if we do not see it in our life time on earth. Herod got exactly what he deserved for having James killed, and trying to kill Peter.

“Now as soon as it was day, there was no small stir among the soldiers, what was become of Peter. And when Herod had sought for him, and found him not, he examined the keepers, and commanded that they should be put to death. And he went down from Judaea to Caesarea, and there abode. And Herod was highly displeased with them of Tyre and Sidon: but they came with one accord to him, and, having made Blastus the king’s chamberlain their friend, desired peace; because their country was nourished by the king’s country. And upon a set day Herod, arrayed in royal apparel, sat upon his throne, and made an oration unto them. And the people gave a shout, saying, It is the voice of a god, and not of a man. And immediately the angel of the Lord smote him, because he gave not God the glory: and he was eaten of worms, and gave up the ghost. But the word of God grew and multiplied.” – Acts 12:18-24.

“It is the voice of a god, and not of a man.” Oration; A speech or discourse composed according to the rules of oratory (eloquence), and spoken in public. God did not take it too kindly that Herod, of all people, was taking the credit for something that came from Him. Not only did he die, he was eaten alive by worms. This hater of God, and persecutor of His people, received an end yet more despicable, and loathsome than those he killed for their faith. We need not to seek vengeance ourselves, for God will always fight for us. “Of how much sorer punishment, suppose ye, shall he be thought worthy, who hath trodden under foot the Son of God, and hath counted the blood of the covenant, wherewith he was sanctified, an unholy thing, and hath done despite unto the Spirit of grace? For we know him that hath said, Vengeance belongeth unto me, I will recompense, saith the Lord. And again, The Lord shall judge his people. It is a fearful thing to fall into the hands of the living God.” – Hebrews 10:29-31.

Jesus Christ Magnified: “Forasmuch then as God gave them the like gift as he did unto us, who believed on the Lord Jesus Christ; what was I, that I could withstand God?” – Acts 11:17.

Today’s Prayer: God, There is nothing more comforting to know that Your Son gives life to all who believe in Him. I am a witness to the amazing transformation taking place by receiving Christ into my soul. Lord, let me be a witness and a testimony to those who do not know You and even those who have fallen away from You. Shine through me, give me peace, comfort, and hope through my struggles and keep showing me that You are always with me. I love You Lord, and ask this in Jesus’ name. Amen.

A Fool For Christ A Humble Spirit and the deceitfulness of riches As You Have Believed Be A New Lump Bearing Temptation Be Humble Being The Black Sheep Be Ready For Christ’s Return Boldly Preach The Gospel Bought And Paid For But Not Forsaken By Faith choke the word Complete In Christ Dedicated To God Enduring Tribulation Faith And Faithfulness Faithful Christians For The Glory Of God Get Back To Work! Getting God’s Attention God Will Not Be Mocked It Is Not Science Jesus Justified By Faith Kiss The Son Maintaining Good Works prayer Set Apart For God some sixty Stand By Your Faith The Destruction Of Pride The Effectual Fervent Prayer The Kingdom of Heaven The Mark Of Christ Then I Am Strong The Prayer Of Faith The Trial Of Your Faith True Repentance trust When Mercy Runs Out Where is Your Faith? Who Did Hinder You? You Are Chosen