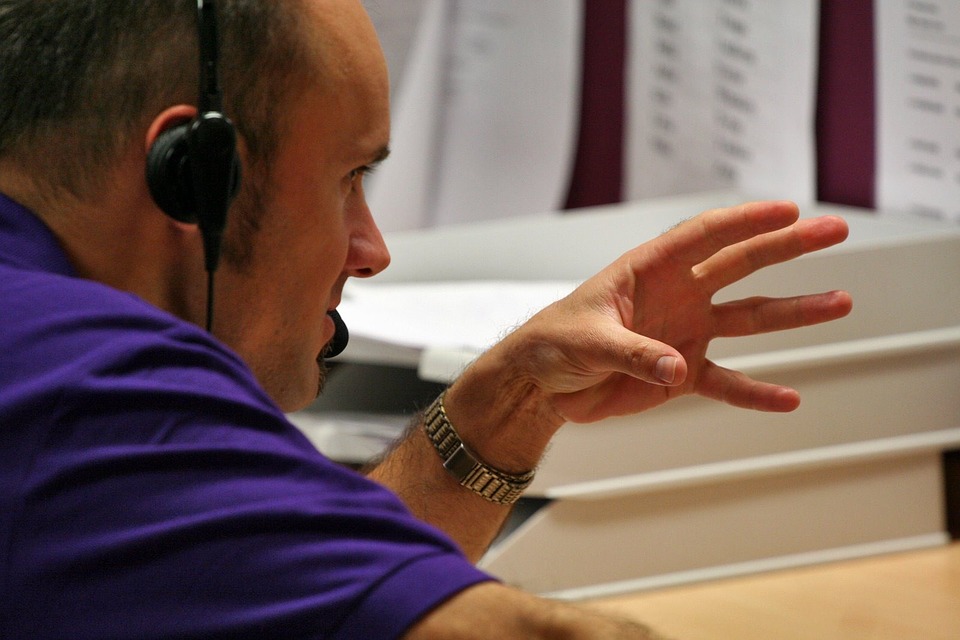 Something amazing happens after we get saved and start living our lives through Christ, the Holy Spirit becomes like a GPS system, He literally directs you through life and let me tell you, when He tells you that you need to tell someone the Gospel, it is wise to do it because He will not let up until you do. It can be intimidating to start talking about Jesus, after all, Christians are the most persecuted when it comes to their faith, but as long as we let the Holy Spirit direct us He will tell us what to say and do to get their attention. Not everyone we tell the Gospel to will accept Christ as their Saviour, remember, there are lots of “Christian” based religions out there preaching saved by works and not grace, nevertheless, that is why it is so important that we preach the Gospel with boldness. “Remembering without ceasing your work of faith, and labour of love, and patience of hope in our Lord Jesus Christ, in the sight of God and our Father; Knowing, brethren beloved, your election of God. For our gospel came not unto you in word only, but also in power, and in the Holy Ghost, and in much assurance; as ye know what manner of men we were among you for your sake.” – I Thessalonians 1:3-5.

There is no doubt that when we accept the Lord, Jesus Christ as our Saviour we are made whole, we are complete, having within our souls the very Spirit of God. When the rulers, the Pharisees, and Sadducees saw Jesus die on the cross they thought their work was done, that they had stopped the people from believing. So, when the blind beggar showed up with Peter and John in the temple, walking and seeing everything, it came as a huge shock to them. They demanded that Peter and John explain who healed him.

“Then Peter, filled with the Holy Ghost, said unto them, Ye rulers of the people, and elders of Israel, If we this day be examined of the good deed done to the impotent man, by what means he is made whole; Be it known unto you all, and to all the people of Israel, that by the name of Jesus Christ of Nazareth, whom ye crucified, whom God raised from the dead, even by him doth this man stand here before you whole. Now when they saw the boldness of Peter and John, and perceived that they were unlearned and ignorant men, they marvelled; and they took knowledge of them, that they had been with Jesus. And beholding the man which was healed standing with them, they could say nothing against it. But when they had commanded them to go aside out of the council, they conferred among themselves, Saying, What shall we do to these men? for that indeed a notable miracle hath been done by them is manifest to all them that dwell in Jerusalem; and we cannot deny it. But that it spread no further among the people, let us straitly threaten them, that they speak henceforth to no man in this name. And they called them, and commanded them not to speak at all nor teach in the name of Jesus. But Peter and John answered and said unto them, Whether it be right in the sight of God to hearken unto you more than unto God, judge ye.” – Acts 4:8-10,13-19.

“and perceived that they were unlearned and ignorant men,” The world only sees our faith in Christ as something foolish and ignorant, but we who are saved and witnessed within ourselves that Christ truly makes us whole and are to never be ashamed of that. The rulers demanded that Peter and John stop telling the people the Gospel, but that did not stop them from continuing their mission to teach all the truth, even if that meant they would face time in prison. No one has the right to make us hide the truth, we might face some persecution for our faith, but in the end, it is God that we have to face for any wrong decision we make that goes against His Word. This was proven when a man and his wife lied. A great revival took place every where Peter and John went, people were literally selling their possessions and giving the money to the Apostles to help further their mission, while this was not necessary, it was merely an act of gratitude and thanks, but Ananias and his wife sold a piece of property and told Peter that they gave them the full price received only they only it was not true.

“But a certain man named Ananias, with Sapphira his wife, sold a possession, And kept back part of the price, his wife also being privy to it, and brought a certain part, and laid it at the apostles’ feet. But Peter said, Ananias, why hath Satan filled thine heart to lie to the Holy Ghost, and to keep back part of the price of the land? Whiles it remained, was it not thine own? and after it was sold, was it not in thine own power? why hast thou conceived this thing in thine heart? thou hast not lied unto men, but unto God. And Ananias hearing these words fell down, and gave up the ghost: and great fear came on all them that heard these things.” – Acts 5:1-5.

“was it not in thine own power?” Many people, including lots of preachers will use these verse out of context, claiming that this is what happens if you do not give all your tithe to the church. This was not the case, Ananias had the power to do as he wanted, if he said he was only going to give a portion of the money than God would be fine with that, but he lied and said that what he had given was all the money. He was so scared that he died right there, and the same thing happened to his wife because she would not tell the truth. You see, one may be able to fool the people, but they cannot fool God, and the Holy Spirit will let it be known to us whether or not someone is true. It was not about what they gave, or even how much, it was their attitude that brought them to their death. The faith of the people was astounding, they came from all over, just to get in the shadows in hopes that they would be healed of their sicknesses. Of course, Peter and John explained that it was not them that healed, but Jesus Christ, and this did not go over too well with the high priest.

“There came also a multitude out of the cities round about unto Jerusalem, bringing sick folks, and them which were vexed with unclean spirits: and they were healed every one. Then the high priest rose up, and all they that were with him, (which is the sect of the Sadducees,) and were filled with indignation, And laid their hands on the apostles, and put them in the common prison. But the angel of the Lord by night opened the prison doors, and brought them forth, and said, Go, stand and speak in the temple to the people all the words of this life.” – Acts 5:16-20.

“all the words of this life.” No other words we can speak can bring life, but the Gospel. As Christians, we do not have to let a corrupt system stop us from speaking the words of life, we can win the battle because we have the most powerful man in all the heavens and earth as our lawyer, Jesus Christ. He will defend us, and He will make sure that we are justified. Peter and John continued to preach the Gospel even though they were commanded not, seeing many more saved. When their first threat did not work they captured them again, still finding no fault, they commanded them to cease from preaching about Jesus again.

“Saying, Did not we straitly command you that ye should not teach in this name? and, behold, ye have filled Jerusalem with your doctrine, and intend to bring this man’s blood upon us. Then Peter and the other apostles answered and said, We ought to obey God rather than men. The God of our fathers raised up Jesus, whom ye slew and hanged on a tree. Him hath God exalted with his right hand to be a Prince and a Saviour, for to give repentance to Israel, and forgiveness of sins. And we are his witnesses of these things; and so is also the Holy Ghost, whom God hath given to them that obey him. When they heard that, they were cut to the heart, and took counsel to slay them. After this man rose up Judas of Galilee in the days of the taxing, and drew away much people after him: he also perished; and all, even as many as obeyed him, were dispersed. And now I say unto you, Refrain from these men, and let them alone: for if this counsel or this work be of men, it will come to nought: But if it be of God, ye cannot overthrow it; lest haply ye be found even to fight against God.” – Acts 5:28-33,37-39.

“ye cannot overthrow it;” It is incredible, but if you are doing anything in the power of Christ, even if it is a job, nothing can stop it from happening. When the people fight with us concerning Christ they are fighting with God, and we do not even have to fight ourselves because God will do the fighting for us. “For the LORD your God is he that goeth with you, to fight for you against your enemies, to save you.” – Deuteronomy 20:4.

Jesus Christ Magnified: “Neither is there salvation in any other: for there is none other name under heaven given among men, whereby we must be saved.” – Acts 4:12.

Today’s Prayer: God, It seems like every where we go, we are being told to submit to the acts of an immoral and corrupt world, and forsake You. Lord, put Your hedge of protection upon every one of your children, keep them safe, and give them the strength they need to stand faithful to Your Word. To every one that is being falsely persecuted and forced to submit to their demands, give them peace, comfort them, and show them the way to victory. Let us boldly proclaim the Gospel as we are witnesses of how You complete us through our faith in Your Son. We give You the glory for all that we are facing, the good, bad, and ugly, for we know that in the end, You will glorify us. In Jesus’ name, Amen.