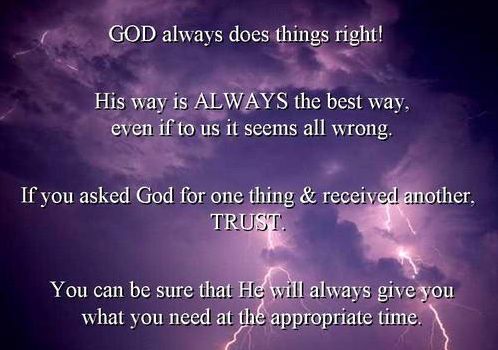 The Book of Daniel contains twelve chapters. The author of the book is Daniel and it was first written to the Jews that were held captive in Babylon, about 434BC. The purpose of the book was to show how God rules the affairs of all men and nations. What we are to learn from the book is that God is the only God and gives honor and protection to those who worship only Him.

“Then Nebuchadnezzar spake, and said, Blessed be the God of Shadrach, Meshach, and Abednego, who hath sent his angel, and delivered his servants that trusted in him, and have changed the king’s word, and yielded their bodies, that they might not serve nor worship any god, except their own God.” – Daniel 3:28.

I have been reading the Bible through since 2007, and have to say that I honestly learned a lot about God that I never knew, which is why I have been updating the I’m Following Jesus site. Every time I get to the Book of Daniel I start to think how fast the year has gone, wondering if I made an impact for God, and thinking I only have a few months of the year left to make this year count. As a Christian and a teacher of God’s Word it is my duty to learn and teach His Word as He wants me, not to tickle ears or be so rude that people see me as hateful. The first few chapters of Daniel talk about Daniel, and his three friends, as they were brought into Babylon. They conveniently sought out the Jews who were young and smart to teach them their ways.

“And the king spake unto Ashpenaz the master of his eunuchs, that he should bring certain of the children of Israel, and of the king’s seed, and of the princes; Children in whom was no blemish, but well favoured, and skilful in all wisdom, and cunning in knowledge, and understanding science, and such as had ability in them to stand in the king’s palace, and whom they might teach the learning and the tongue of the Chaldeans. And the king appointed them a daily provision of the king’s meat, and of the wine which he drank: so nourishing them three years, that at the end thereof they might stand before the king. Now among these were of the children of Judah, Daniel, Hananiah, Mishael, and Azariah: Unto whom the prince of the eunuchs gave names: for he gave unto Daniel the name of Belteshazzar; and to Hananiah, of Shadrach; and to Mishael, of Meshach; and to Azariah, of Abednego.” – Daniel 1:3-7.

“And the king appointed them a daily provision of the king’s meat,” Did you ever wonder why the government is so eager to get your children in the public school system as soon as they are basically potty trained? Toddlers start to learn a great deal from their environment, in fact, this is the time they start to form their characters, what better time for the corrupted system teach them lies. Daniel and his friends knew what they were up to and refused to eat the kings meat.

“who hath appointed your meat and your drink:” This is how people get dragged into occults and false religions, they so eagerly provide for them, and when someone desperate enough gets these amazing things they want more. We are to never trust a corrupted system to take care of our needs, God will take care of us and find a way to provide for us. Too many Christians struggle for one reason, they are too proud to ask God for help.

“Or what man is there of you, whom if his son ask bread, will he give him a stone? Or if he ask a fish, will he give him a serpent? If ye then, being evil, know how to give good gifts unto your children, how much more shall your Father which is in heaven give good things to them that ask him?” – Matthew 7:9-11.

Daniel, Shadrach, Meshach, and Abednego had all sorts of opposition, but they never gave up on God, they could change their names, but they could not change their faith. Now, Nebuchadnezzar had a dream that he wanted interpreted, the catch, he wanted someone to tell him what he dreamed of first. He got sorcerers, astrologers, and even magicians to try to reveal the dream, but none of them could, even they admitted that only a god that is not seen could do that. Out of anger Nebuchadnezzar ordered all the wise men in Babylon killed, including Daniel and his friends. Once Daniel found out why they had a death sentence on him he asked to speak to the king, and God gave Daniel the interpretation of the dream.

“And in the days of these kings shall the God of heaven set up a kingdom, which shall never be destroyed: and the kingdom shall not be left to other people, but it shall break in pieces and consume all these kingdoms, and it shall stand for ever. Forasmuch as thou sawest that the stone was cut out of the mountain without hands, and that it brake in pieces the iron, the brass, the clay, the silver, and the gold; the great God hath made known to the king what shall come to pass hereafter: and the dream is certain, and the interpretation thereof sure. Then the king Nebuchadnezzar fell upon his face, and worshipped Daniel, and commanded that they should offer an oblation and sweet odours unto him. The king answered unto Daniel, and said, Of a truth it is, that your God is a God of gods, and a Lord of kings, and a revealer of secrets, seeing thou couldest reveal this secret.” – Daniel 2:44-47.

“Of a truth it is, that your God is a God of gods” The God of heaven set up a kingdom, that shall never be destroyed, one day Christ will return to set up His Kingdom, every other kingdom in existence will be destroyed and He will reign as King. I imagine God’s objective in all this was for Nebuchadnezzar to realize that He is the only God and to only serve Him, but all he did was acknowledge God’s existence. Many people know who Jesus is, and that only He can save them, but very few actually get saved. Merely knowing of Christ does not save us, only by receiving Him can we be saved.

“That if thou shalt confess with thy mouth the Lord Jesus, and shalt believe in thine heart that God hath raised him from the dead, thou shalt be saved. For with the heart man believeth unto righteousness; and with the mouth confession is made unto salvation.” – Romans 10:9,10.

Nebuchadnezzar might have been impressed with God, but was not willing to give up his own to worship only Him, in fact, he has a golden statue made up of himself that all would worship it. Now, Shadrach, Meshach, and Abednego’s faith was about to be put to the test when they did not worship this statue, stating they would die before they would bow down to any god other than God Himself. Nebuchadnezzar had these men thrown into a fiery furnace, seven times hotter than it had been. That fire was so hot that the men throwing Shadrach, Meshach, and Abednego into the furnace were burnt to a crisp, but not a hair was singed on these men.

“because there is no other God that can deliver after this sort.” People often say that God cannot do things like this anymore, that He does not make miracles like this happen. I disagree, I just read about a boy who had an amoeba in his brain and only had a 1% chance of surviving, who by the miracle of God did in fact get healed. We must understand that when God makes decisions on our well being He does not take them lightly, and it is not random He takes everything in consideration, sometimes we may not like His decision, but it is His decision, and by His grace we can endure. Everything God does for you is on a personal level because He sees what our future would be well before we would, and that is why some people have visible miracles while others get to see Jesus, and that is a miracle also. Praise God!

“Now he that hath wrought us for the selfsame thing is God, who also hath given unto us the earnest of the Spirit. Therefore we are always confident, knowing that, whilst we are at home in the body, we are absent from the Lord: (For we walk by faith, not by sight:) We are confident, I say, and willing rather to be absent from the body, and to be present with the Lord.” – II Corinthians 5:5-8.

Jesus Christ Magnified: “He answered and said, Lo, I see four men loose, walking in the midst of the fire, and they have no hurt; and the form of the fourth is like the Son of God.” – Daniel 3:25.

Today’s Prayer: God, As much as we think and even know that all things are possible with You, when difficulties and pressure comes our way it can be hard to remember that. Lord, give us Your power, wisdom, and guidance, help us to look beyond our difficulties and remain faithful to You, trusting that all things are possible with You. Give us the strength to stand by Your Son, and not buckle under pressure to those who want to see us fall. In Jesus’ name. Amen.

A Fool For Christ A Humble Spirit and the deceitfulness of riches Be A New Lump Bearing Temptation Be Humble Being The Black Sheep Be Ready For Christ’s Return Boldly Preach The Gospel Bought And Paid For But Not Forsaken By Faith choke the word Complete In Christ Dedicated To God Enduring Tribulation Faith And Faithfulness Faithful Christians For The Glory Of God For The Love Of Christ For The Love Of God Getting God’s Attention God’s Heart Holding On To Integrity It Is Not Science Jesus Justified By Faith Kiss The Son Maintaining Good Works prayer Set Apart For God some sixty Stand By Your Faith The Destruction Of Pride The Effectual Fervent Prayer The Kingdom of Heaven The Mark Of Christ The Prayer Of Faith The Trial Of Your Faith True Repentance trust When Mercy Runs Out Where is Your Faith? Who Did Hinder You? You Are Chosen