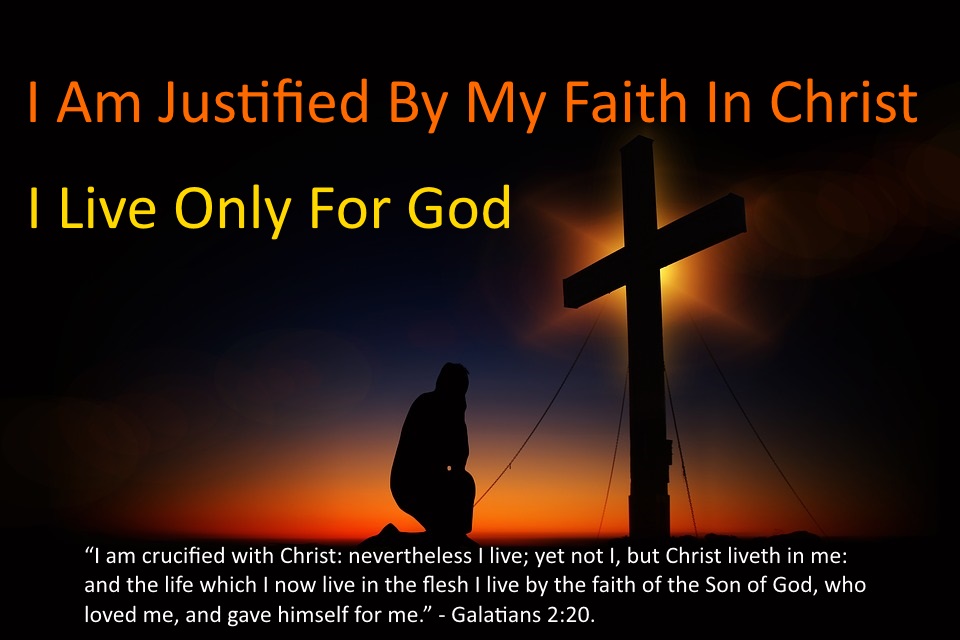 As Christians we are approached by so many forms of religion that it can be hard to call one church home. Some churches are so strict with their rules that you cannot even celebrate Christmas, yet some are so lax that anything goes as long as you are saved. The churches of Galatia were formed by both converted Jews and Gentiles, somehow the Gospel got distorted and the churches began following another gospel, which stated that a person was saved (justified) and only remained justified of their salvation by continued works of the law of Moses. Paul fusses at the Galatians for altering the Gospel, reminding them that there is only one Gospel.

“Grace be to you and peace from God the Father, and from our Lord Jesus Christ, Who gave himself for our sins, that he might deliver us from this present evil world, according to the will of God and our Father: To whom be glory for ever and ever. Amen. I marvel that ye are so soon removed from him that called you into the grace of Christ unto another gospel: Which is not another; but there be some that trouble you, and would pervert the gospel of Christ. But though we, or an angel from heaven, preach any other gospel unto you than that which we have preached unto you, let him be accursed.” – Galatians 1:3-8.

“and would pervert the gospel of Christ.” To be justified means to be pardoned of ones death punishment, each and every one of us are born with a death sentence because the second we come to the age that we realize that we can sin we are accountable for every sin. Jesus Christ, took each and every sin to the cross with Him to be the sinless, permanent sacrifice needed once and for all to justify and bring redemption to every soul who receives Him. It is not of anything that we can do alone that we can be justified for our sins, the only thing we can do is, by faith, admit we have sinned, believe that Christ died a sinless death, was buried, and three days later resurrected to save us, and ask Jesus to save us. “But God commendeth his love toward us, in that, while we were yet sinners, Christ died for us. Much more then, being now justified by his blood, we shall be saved from wrath through him. For if, when we were enemies, we were reconciled to God by the death of his Son, much more, being reconciled, we shall be saved by his life.” – Romans 5:8-10.

Whether we like to admit it or not, every answer to every question about living in obedience to God’s Word, and including getting saved, is found in the Bible. We can do pretty good knowing that we are justified of our sins, just by receiving Christ, but imagine the blessings we will get from God by actually repenting of the things we thought to be something God approves of when it is actually sinful. This is where the law of Moses came in, it was given as a means to get a person right with God while trusting the same promise given to us. The animal sacrifices were merely a reflection of the blood needed to redeem a soul bound for hell, it was not the actual blood that justified them, it was their belief that justified them. Paul reminds the Galatians that they are saved by their faith in Christ, not the works of the Law. Paul explains this further.

“For I through the law am dead to the law,” If we just followed the law we would die in our sins and end up in hell, but if we are saved, we automatically do things contained within the law by faith, not because it is required, but because we live for God.

“Know ye therefore that they which are of faith, the same are the children of Abraham. And the scripture, foreseeing that God would justify the heathen through faith, preached before the gospel unto Abraham, saying, In thee shall all nations be blessed. So then they which be of faith are blessed with faithful Abraham. For as many as are of the works of the law are under the curse: for it is written, Cursed is every one that continueth not in all things which are written in the book of the law to do them. But that no man is justified by the law in the sight of God, it is evident: for, The just shall live by faith. And the law is not of faith: but, The man that doeth them shall live in them. Christ hath redeemed us from the curse of the law, being made a curse for us: for it is written, Cursed is every one that hangeth on a tree: That the blessing of Abraham might come on the Gentiles through Jesus Christ; that we might receive the promise of the Spirit through faith.” – Galatians 3:7-14.

“Christ hath redeemed us from the curse of the law,” The curse of the law, these are the ceremonial laws contained within the Book of Leviticus. Our Saviour has perfectly fulfilled the law on the behalf of the Jewish people, whom He represented from His birth until His death. The persons redeemed are God’s elect, both of Jews and Gentiles, a peculiar people, the people of Christ, whom the Father gave to Him. Christ’s people come out of every kindred, tongue, people, and nation, the blessing obtained for them is redemption, a buying of them again, as the word signifies, they were His before by the Father’s gift, and now He purchases them with the price of His own blood, thus delivering them from the curse of the law.

“But before faith came, we were kept under the law, shut up unto the faith which should afterwards be revealed. Wherefore the law was our schoolmaster to bring us unto Christ, that we might be justified by faith. But after that faith is come, we are no longer under a schoolmaster. For ye are all the children of God by faith in Christ Jesus. For as many of you as have been baptized into Christ have put on Christ. There is neither Jew nor Greek, there is neither bond nor free, there is neither male nor female: for ye are all one in Christ Jesus.” – Galatians 3:23-28.

Jesus Christ Magnified: “I am crucified with Christ: nevertheless I live; yet not I, but Christ liveth in me: and the life which I now live in the flesh I live by the faith of the Son of God, who loved me, and gave himself for me.” – Galatians 2:20.

Today’s Prayer: God, It is still unbelievable to think that we do not have to do anything to be saved except believe in and receive Your Son, Jesus Christ as our Saviour. Thank You, Jesus for making such a great sacrifice for us, we are not worthy to receive such a gift, but You offer it freely to anyone who comes to You by faith. Lord, as I live my life for You, keep me grounded in this truth, never let me fall into a false gospel, and never let me turn anyone down from knowing the truth. Let me be a witness and testimony of Your wonderful love and grace. I love You, Lord and pray in Jesus’ name. Amen.