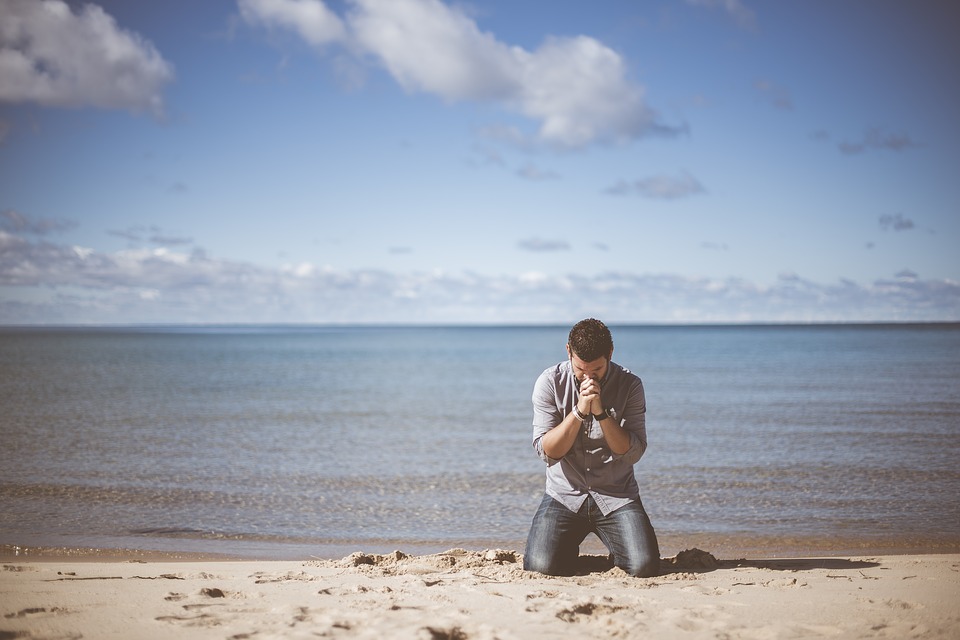 The second we even attempt to live our lives for Christ you can be sure that the devil is right there trying get us to do a u-turn back into the world, he is going to try our faith, but as long as we humble ourselves before God He will not only help us endure, He will give us the victory. II Chronicles gives more insight into what happened when Sennacherib invaded Judah during Hezekiah’s reign, and how he sought God’s help and defeated them.

“He took counsel with his princes and his mighty men to stop the waters of the fountains which were without the city: and they did help him. So there was gathered much people together, who stopped all the fountains, and the brook that ran through the midst of the land, saying, Why should the kings of Assyria come, and find much water? Also he strengthened himself, and built up all the wall that was broken, and raised it up to the towers, and another wall without, and repaired Millo in the city of David, and made darts and shields in abundance. And he set captains of war over the people, and gathered them together to him in the street of the gate of the city, and spake comfortably to them, saying, Be strong and courageous, be not afraid nor dismayed for the king of Assyria, nor for all the multitude that is with him: for there be more with us than with him: With him is an arm of flesh; but with us is the LORD our God to help us, and to fight our battles. And the people rested themselves upon the words of Hezekiah king of Judah.” – II Chronicles 32:3-8.

“but with us is the LORD our God to help us,” God is always there to help us fight and win our battles when we put out faith and trust in Him. I know it can seem as though we lose when a person dies, gets sick, or persecuted even when they live by faith, but God is in every circumstance, every battle, and every trial. We just need to look beyond the surface of our emotions to see that He fights every battle for us, and is already won. “For this is the love of God, that we keep his commandments: and his commandments are not grievous. For whatsoever is born of God overcometh the world: and this is the victory that overcometh the world, even our faith. Who is he that overcometh the world, but he that believeth that Jesus is the Son of God?” – I John 5:3-5.

We have to be careful when we start seeing the blessings of God pour out, because we have this flesh we tend to get boastful about our victories, and this can put us in danger of our pride. We know that Hezekiah had gotten deathly ill, prayed to God, and was granted fifteen more years of his life, and that he showed the king of Babylon all the weapons and possessions in the land, II Chronicles gives us more insight as to why he did it in the first place, his pride got in the way, he was showing off all that he had gotten through his success.

“Thus the LORD saved Hezekiah and the inhabitants of Jerusalem from the hand of Sennacherib the king of Assyria, and from the hand of all other, and guided them on every side. And many brought gifts unto the LORD to Jerusalem, and presents to Hezekiah king of Judah: so that he was magnified in the sight of all nations from thenceforth. In those days Hezekiah was sick to the death, and prayed unto the LORD: and he spake unto him, and he gave him a sign. But Hezekiah rendered not again according to the benefit done unto him; for his heart was lifted up: therefore there was wrath upon him, and upon Judah and Jerusalem. Notwithstanding Hezekiah humbled himself for the pride of his heart, both he and the inhabitants of Jerusalem, so that the wrath of the LORD came not upon them in the days of Hezekiah. Howbeit in the business of the ambassadors of the princes of Babylon, who sent unto him to enquire of the wonder that was done in the land, God left him, to try him, that he might know all that was in his heart.” – II Chronicles 32:22-26,31.

“Notwithstanding Hezekiah humbled himself for the pride of his heart,” Humble; Lowly; modest; meek; submissive; opposed to proud, haughty, arrogant or assuming. Being humble is letting go of every bit of our pride, bowing down to God, and feeling completely unworthy to even stand before Him. Being humble is not about trashing yourself it is about realizing you are nothing without Christ, we certainly cannot get to heaven without Christ, our pride will certainly not bail us out if we get in trouble because of it, but Jesus will help us even endure our pride. “Be afflicted, and mourn, and weep: let your laughter be turned to mourning, and your joy to heaviness. Humble yourselves in the sight of the Lord, and he shall lift you up.” – James 4:9-10.

God will break down our pride and teach us one way or another that we need to humble ourselves before Him, most people will die in their pride, but a few will let go of it and humble themselves enough to get saved. After Hezekiah died, his son, Manasseh reigned, now, he was the most wicked and corrupt king of all that reigned in Judah, II Chronicles gives us more detail into what happened when Manasseh discovered the hard way that there is only one God and he better let go of his pride, he was captured and taken to Babylon.

“Wherefore the LORD brought upon them the captains of the host of the king of Assyria, which took Manasseh among the thorns, and bound him with fetters, and carried him to Babylon. And when he was in affliction, he besought the LORD his God, and humbled himself greatly before the God of his fathers, And prayed unto him: and he was intreated of him, and heard his supplication, and brought him again to Jerusalem into his kingdom. Then Manasseh knew that the LORD he was God. And he took away the strange gods, and the idol out of the house of the LORD, and all the altars that he had built in the mount of the house of the LORD, and in Jerusalem, and cast them out of the city. And he repaired the altar of the LORD, and sacrificed thereon peace offerings and thank offerings, and commanded Judah to serve the LORD God of Israel. Nevertheless the people did sacrifice still in the high places, yet unto the LORD their God only.” – II Chronicles 33:11-13,15-17.

“and humbled himself greatly before the God of his fathers,” There is so much corruption and deceitfulness in the church today that it is no wonder why people are serving false gods. It is sad really, God makes it simple, believe in My Son, trust only Him to get you to heaven, follow His example, and you will be blessed. Yet millions of people will die and end up in hell because they would not let go of their pride and say they need Christ. Our pride will send us to the grave quicker than we can blink our eyes, but when we humble ourselves we not only prolong life, we are exalted. “Neither be ye called masters: for one is your Master, even Christ. But he that is greatest among you shall be your servant. And whosoever shall exalt himself shall be abased; and he that shall humble himself shall be exalted.” – Matthew 23:10-12.

Jesus Christ Magnified: “And the LORD sent an angel, which cut off all the mighty men of valour,” – II Chronicles 32:21a.

Today’s Prayer: God, It is quite fearful to turn on the news or even see the crazy things that are going on in our nation. It is clear that we need a revival, some faithful men and women, willing to stand up and fight for Your truths. We are not alone, You are right here with us, protecting us, helping us endure, and keeping us encouraged as we humble ourselves before You and walk by faith. Lord, give us Your power, wisdom, and courage to stand up to the enemy and not be intimidated by their threats. Give us the strength to keep going and not fall into temptation, put Your hedge of protection around us so we can defeat the enemy, and keep us humble so we know we can do nothing without You. In Jesus’ name. Amen.