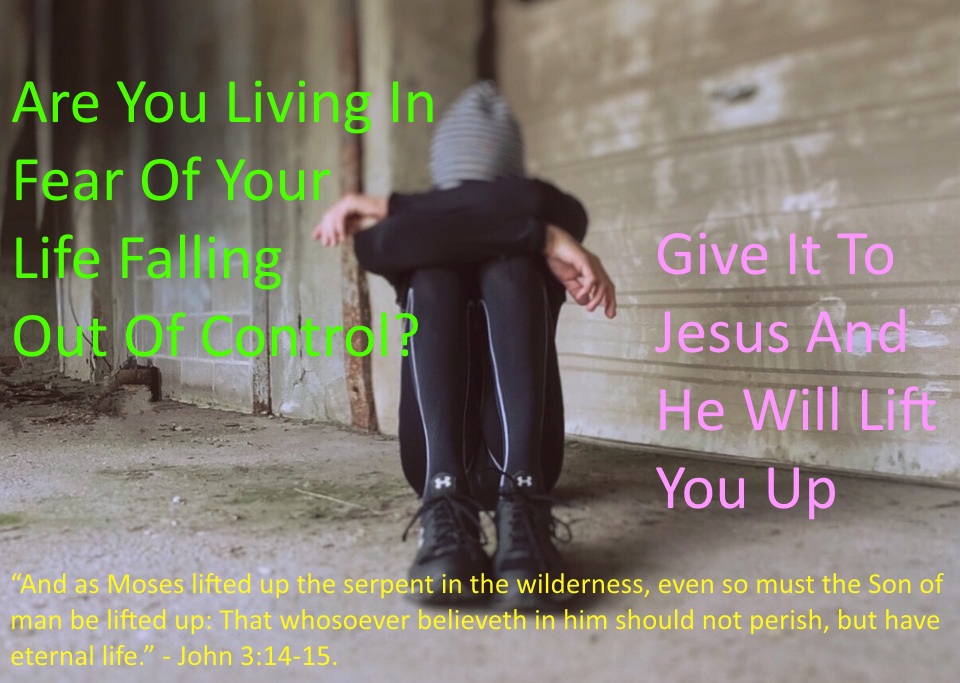 Fear, there are several types of fear, one is valuing and respecting those who are under authority, like we fear our mother so we do not get punished, or we fear God so we do not get punished. Another type of fear is to terrify and drive away. Now, this type of fear can come from one being afraid of something evil happening, but it can also come from being afraid of losing control. Have you ever been dating someone and you felt they were pulling away from you toward someone else? How did you get? Clingy, a bit possessive perhaps? That is what fear does when they fear losing control, causes people to behave erratically. This is the kind of fear that brings out a hatred toward Christ by those who love the things they got all by them wicked selves and will not give them up or be exposed for the liars that they are if they are using God’s name to get what they have.

“And even as they did not like to retain God in their knowledge, God gave them over to a reprobate mind, to do those things which are not convenient; Being filled with all unrighteousness, fornication, wickedness, covetousness, maliciousness; full of envy, murder, debate, deceit, malignity; whisperers, Backbiters, haters of God, despiteful, proud, boasters, inventors of evil things, disobedient to parents, Without understanding, covenantbreakers, without natural affection, implacable, unmerciful: Who knowing the judgment of God, that they which commit such things are worthy of death, not only do the same, but have pleasure in them that do them.” – Romans 1:28-32.

Fear is good in some ways, this type of fear is to be anxious or overwhelmed with a situation, fear of this kind is what brings most of us to God, which in turn brings us to Jesus. Jesus met a lot of people in the three and a half years that He traveled through Israel, preaching in the synagogues and wherever He felt the need to, Mary and Martha were two of the people who came to know, believe, and love Jesus, their brother Lazarus became severely ill so they sent someone to find Jesus. “Therefore his sisters sent unto him, saying, Lord, behold, he whom thou lovest is sick. When Jesus heard that, he said, This sickness is not unto death, but for the glory of God, that the Son of God might be glorified thereby. Now Jesus loved Martha, and her sister, and Lazarus. When he had heard therefore that he was sick, he abode two days still in the same place where he was. Then after that saith he to his disciples, Let us go into Judaea again.” – John 11:3-7.

“that the Son of God might be glorified thereby.” Sometimes some truly supernatural and miraculous things happen that only God can do, one of them being giving life back to a body that has already been taken out of a person. This is absolutely something that only God can do and He does it so that He not only gets the glory, but that others would see His Son through such a phenomenal act. God loves every single person He creates, but it is up to each one of us to believe. As Jesus approaches, Martha runs up to Him.

“Then said Martha unto Jesus, Lord, if thou hadst been here, my brother had not died. But I know, that even now, whatsoever thou wilt ask of God, God will give it thee. Jesus saith unto her, Thy brother shall rise again. Martha saith unto him, I know that he shall rise again in the resurrection at the last day. Jesus said unto her, I am the resurrection, and the life: he that believeth in me, though he were dead, yet shall he live: And whosoever liveth and believeth in me shall never die. Believest thou this? She saith unto him, Yea, Lord: I believe that thou art the Christ, the Son of God, which should come into the world.” – John 11:21-27.

“I know that he shall rise again in the resurrection at the last day.” You see, so many religions talk people into believing that anyone that lived before Christ came did not believe in the same thing that we believe today. Jesus is the resurrection, the one who gives life to a dead soul. The only chance we to live after this life is over is Jesus Christ, He is the death, the burial, and the resurrection that gives life to every soul who received Him. They had the same Scriptures that we have, only given by the prophets, and they needed the Saviour too, just like we do. They just knew Him to be the LORD Himself, just as Moses lifted the serpent in the wilderness, Jesus was lifted that all who believe would be saved. “And as Moses lifted up the serpent in the wilderness, even so must the Son of man be lifted up: That whosoever believeth in him should not perish, but have eternal life.” – John 3:14-15.

Now Mary greets Jesus, she too questioned why He did not come, and so did many others with her. “Then when Mary was come where Jesus was, and saw him, she fell down at his feet, saying unto him, Lord, if thou hadst been here, my brother had not died. When Jesus therefore saw her weeping, and the Jews also weeping which came with her, he groaned in the spirit, and was troubled, And said, Where have ye laid him? They said unto him, Lord, come and see. Jesus wept. Then said the Jews, Behold how he loved him! And some of them said, Could not this man, which opened the eyes of the blind, have caused that even this man should not have died? Jesus therefore again groaning in himself cometh to the grave. It was a cave, and a stone lay upon it.” – John 11:32-38.

“Jesus therefore again groaning in himself cometh to the grave.” Many people believed that Jesus cried because He saw the people crying over Lazarus’ death, but that is not true. He was upset that they had no faith, it pains Him to see that no matter how many miracles they saw, they still will not believe in Him. Disbelief does not stop Jesus from doing what He always does, but it does rob us from seeing Him doing it in our lives. The removed the stone from the grave, Jesus walked in, said a prayer, and said shouted three words to Lazarus.

“Then they took away the stone from the place where the dead was laid. And Jesus lifted up his eyes, and said, Father, I thank thee that thou hast heard me. And I knew that thou hearest me always: but because of the people which stand by I said it, that they may believe that thou hast sent me. And when he thus had spoken, he cried with a loud voice, Lazarus, come forth. And he that was dead came forth, bound hand and foot with graveclothes: and his face was bound about with a napkin. Jesus saith unto them, Loose him, and let him go.” – John 11:41-44.

“And Jesus lifted up his eyes, and said,” Jesus, fully God, lowers Himself to be a mere man, He could have come here as an angel, as we know He had done that several times throughout the Old Testament, He could have come here as a storm, like we know He as done, but He chose to come here in the likeness of the very specie He created, the only specie to have a soul. Jesus brought Lazarus from the dead, proving that He does have the power to give life to every living soul, no one else has that power. Instead of all believing and accepting Him, some were, in fact, threatened by the miracle they saw, so threatened that they wanted Him dead.

“Then gathered the chief priests and the Pharisees a council, and said, What do we? for this man doeth many miracles. If we let him thus alone, all men will believe on him: and the Romans shall come and take away both our place and nation. And one of them, named Caiaphas, being the high priest that same year, said unto them, Ye know nothing at all, Nor consider that it is expedient for us, that one man should die for the people, and that the whole nation perish not. And this spake he not of himself: but being high priest that year, he prophesied that Jesus should die for that nation; And not for that nation only, but that also he should gather together in one the children of God that were scattered abroad. Then from that day forth they took counsel together for to put him to death. Now both the chief priests and the Pharisees had given a commandment, that, if any man knew where he were, he should shew it, that they might take him.” – John 11:47-53,57.

“he prophesied that Jesus should die for that nation;” These people were well aware of the Scriptures, they knew who Jesus was, and yet they wanted to destroy Him. Why? Fear. Fear from losing control, not of Jesus controlling their own lives, but that they lose control of their status, their deception, the people they were controlling. You see, that is what false religion does, it puts them in power of a persons soul. There is only one person in charge of a soul and that is God, He saves every soul that receives His Son and casts every soul that does not into hell where the devil will be also. “But the fearful, and unbelieving, and the abominable, and murderers, and whoremongers, and sorcerers, and idolaters, and all liars, shall have their part in the lake which burneth with fire and brimstone: which is the second death.” – Revelation 21:8.

Jesus Christ Magnified: “And when he thus had spoken, he cried with a loud voice, Lazarus, come forth.” – John 11:43.

Today’s Prayer: Jesus, No matter how I feel on the outside I know You are with me, not because of any good that I do, but because I believe in and trust in what You have done for me. I know that I have nothing to fear as long as You are with me, but sometimes, Lord, it is hard to have courage when I have so many people and things trying to drive me away from You. Lead me and guide me, give me Your power to withstand every obstacle and to trust You with all of my life. In Your name Jesus. Amen.