King James Bible Study – [Mark 8:34  And when he had called the people unto him with his disciples also, he said unto them, Whosoever will come after me, let him deny himself, and take up his cross, and follow me.] 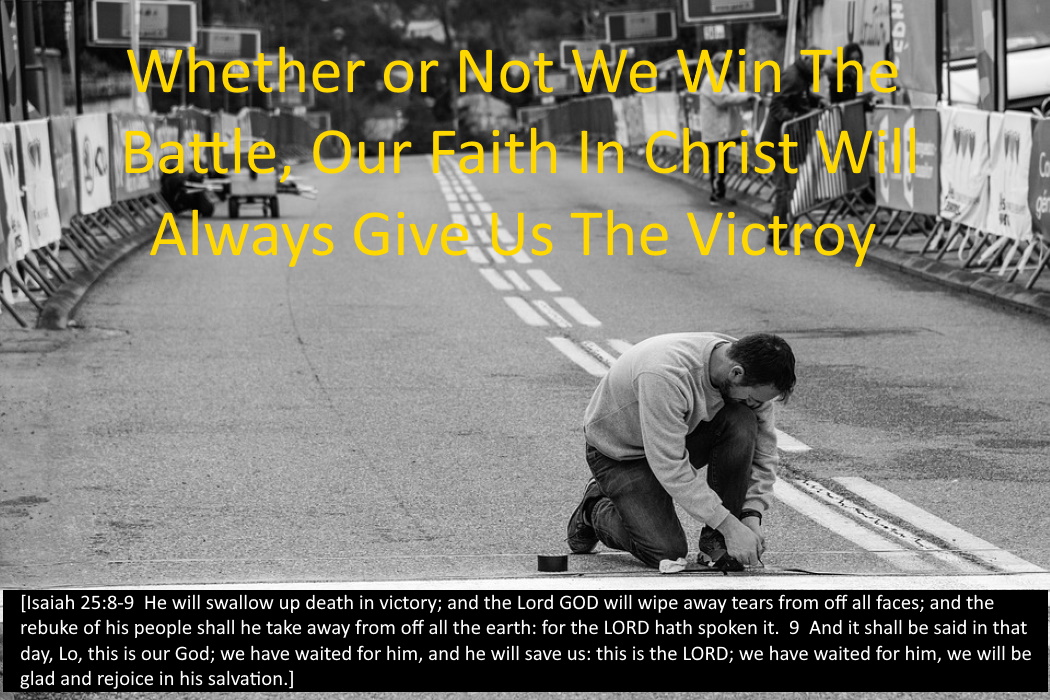 Humility is not something that comes easy for us, especially when we are being attacked. As Christians, we are told to always take the high road, no matter how bad they treat or bully us. We even hear Jesus tell us to turn our cheek to them, [Matthew 5:38-39  Ye have heard that it hath been said, An eye for an eye, and a tooth for a tooth:  39  But I say unto you, That ye resist not evil: but whosoever shall smite thee on thy right cheek, turn to him the other also.] Well, taking the high road does have its own purpose, but that does not mean that they will get away with it either. Remember, there is a time not to fight, and then there is a time to fight. Only, when we fight back it is not in our own strength, it is in Christ’s strength, [I Timothy 6:12  Fight the good fight of faith, lay hold on eternal life, whereunto thou art also called, and hast professed a good profession before many witnesses.]

The king of Ammon showed kindness to David by sheltering one of his brothers when the king of Moab treacherously massacred the rest of his family. David and the king became allies, when Nahas died, David wanted to pay his respects by sending some of his servants to his son Hanun. However, after listening to some bad advice, Hanun did something foolish that would start a war between Israel, Ammon, and Syria.

[I Chronicles 19:1-5  Now it came to pass after this, that Nahash the king of the children of Ammon died, and his son reigned in his stead.  2  And David said, I will shew kindness unto Hanun the son of Nahash, because his father shewed kindness to me. And David sent messengers to comfort him concerning his father. So the servants of David came into the land of the children of Ammon to Hanun, to comfort him.  3  But the princes of the children of Ammon said to Hanun, Thinkest thou that David doth honour thy father, that he hath sent comforters unto thee? are not his servants come unto thee for to search, and to overthrow, and to spy out the land?  4  Wherefore Hanun took David’s servants, and shaved them, and cut off their garments in the midst hard by their buttocks, and sent them away.  5  Then there went certain, and told David how the men were served. And he sent to meet them: for the men were greatly ashamed. And the king said, Tarry at Jericho until your beards be grown, and then return.]

[Tarry at Jericho until your beards be grown,] When we have been humiliated the first thing we want to do is hide from everyone. It is quite devastating on our ego, pride, and self esteem to have been treated so badly, believe it or not, humiliation strengthens our faith, not only in ourselves, but God’s faith in us. What better motivation to show our accusers that we are better than them then by picking ourselves up and moving forward in the strength of Christ, [II Corinthians 12:10  Therefore I take pleasure in infirmities, in reproaches, in necessities, in persecutions, in distresses for Christ’s sake: for when I am weak, then am I strong.]

Hanun knew that he was foolish in what he had done, but instead of apologizing he manages to find someone else just as foolish to help him. Civil battles do not start over something worth fighting for, they are always over pride. Now, Israel has another battle to fight, the first thing David did was pray to God, [Psalms 20:1-5  To the chief Musician, A Psalm of David. The LORD hear thee in the day of trouble; the name of the God of Jacob defend thee;  2  Send thee help from the sanctuary, and strengthen thee out of Zion;  3  Remember all thy offerings, and accept thy burnt sacrifice; Selah.  4  Grant thee according to thine own heart, and fulfil all thy counsel.  5  We will rejoice in thy salvation, and in the name of our God we will set up our banners: the LORD fulfil all thy petitions.]

[Grant thee according to thine own heart,] This is the same thing as saying, “Thy will be done”, You know, we do not always know God’s will, it is obvious for us to believe that His will means we will be able to win our battles, but what happens if it is not? Sometimes it is not in God’s will that we have the victory, rather that we are defeated ourselves. Why? There is great learning, and insight that comes when God allows us to be knocked down once in a while. In every battle, God sends out His very best to fight, we may not want to fight, we may even want to hide, but if God has chosen us for the battle, whether it is to win or lose, we have to trust that He knows what He is doing and let Him lead us in the way He would have us go. And that is what David did, he sent his best men out to the battle, and Joab led the pack.

[and the LORD do that which seemeth him good.] In every battle there are two sides, each side praying to their god to win the victory, but only one will win. No one wants to be in a battle, but it is unavoidable sometimes, therefore, we must be prepared, and must train ourselves to fight, and then leave the rest up to God. David’s men were not defeated, in fact, they not only won, they earned the respect of the Syrians.

[they made peace with David, and became his servants:] This is a great reminder that humility is necessary to prepare us for great things to come, even if we lost the battle here, we are still in the winning side. God’s will is not always joyful, but it always gives us the victory, [I Corinthians 15:55-57  O death, where is thy sting? O grave, where is thy victory?  56  The sting of death is sin; and the strength of sin is the law.  57  But thanks be to God, which giveth us the victory through our Lord Jesus Christ.]

In this life all we can do is prepare ourselves for battle, then hand it all over to God. We may not always get the outcome we would like, but God has His reasons for what He allows and we must accept that. Sometimes, it may see like we are losing a battle, but as long as we have Jesus by our side, our faith gets the victory every time, [Isaiah 25:8-9  He will swallow up death in victory; and the Lord GOD will wipe away tears from off all faces; and the rebuke of his people shall he take away from off all the earth: for the LORD hath spoken it.  9  And it shall be said in that day, Lo, this is our God; we have waited for him, and he will save us: this is the LORD; we have waited for him, we will be glad and rejoice in his salvation.]

Jesus Christ Magnified: [I Chronicles 19:13  Be of good courage, and let us behave ourselves valiantly for our people, and for the cities of our God: and let the LORD do that which is good in his sight.]

Today’s Prayer: God, As much as I do understand that You are with me through every battle, that still does not mean I am ready or willing to fight. Your timing is everything and as long as I wait patiently, and trust You, I know that my faith will get the victory every time. You never fail and will always give me what I need to not only endure, but win every battled, even if I must lose. I thank You for bringing me this far, to imagine what mess I would be in if You were not in my life would be frightening. I know You have more waiting for me as I patiently allow You to prepare me, strengthen me, and keep me depending on You. I ask You to give me Your power to wait on You, to not become discouraged, and to be strong even if I am the only one trusting You. I trust that You will bring me to victory, my Lord, my strength, my Redeemer. And I ask these things in Your name, Jesus. Amen.